Athena SWAN Silver award given in recognition of the Bartlett’s ongoing work towards gender equality. 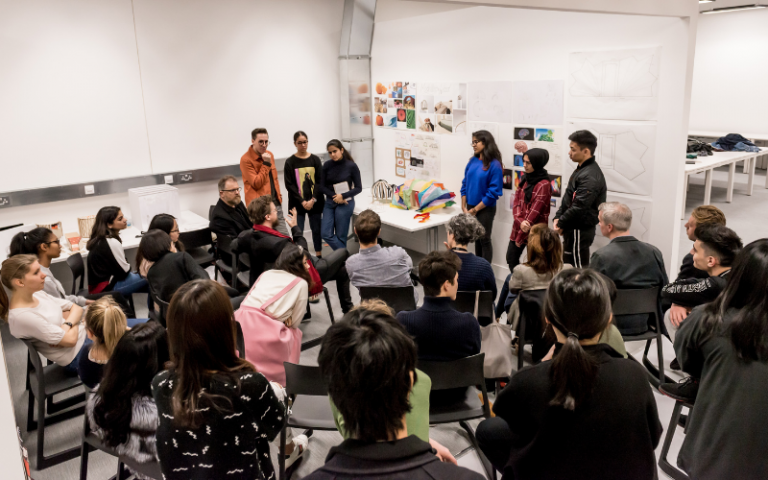 The Bartlett, UCL Faculty of the Built Environment, has achieved UCL's first faculty Athena SWAN Silver award in recognition of its work towards gender equality. The award recognises The Bartlett’s ongoing role in improving gender representation, progression, and the working environment for all staff, and for identifying and addressing challenges facing the faculty.

"I am delighted that our progress on gender equality across The Bartlett has been recognised with an Athena SWAN Silver award. The award follows an intersectional analysis of inequalities by gender and race to arrive at a detailed action plan that sets out our targets and activities over the next five years to be better.

“This award helps us to acknowledge both how far we have come and how much we have to do, and therefore is a tremendous achievement."

"UCL has been engaging with Athena SWAN since 2005, with the first departmental award in 2009. The Bartlett is our first Faculty level award at the very challenging Silver level which acknowledges impact. This reflects their progress so far and their plans to tackle inequalities in both gender and race.”

"We are particularly pleased with the result as it shows how the central support we can now offer benefits a faculty. Further, by doing a systematic intersectional analysis, The Bartlett has been able to identify its own key equality-related challenges.

“This award reflects that hard work and affirms their aim of improving the experiences of all staff and students. I hope that other departments and faculties will feel empowered to do similar.”

The Athena Swan Charter is a framework which is used across the globe to support and transform gender equality within higher education (HE) and research. The Charter is now being used to address gender equality more broadly, including in ethnicity and intersectionality.