Decarbonising energy and the energy transition 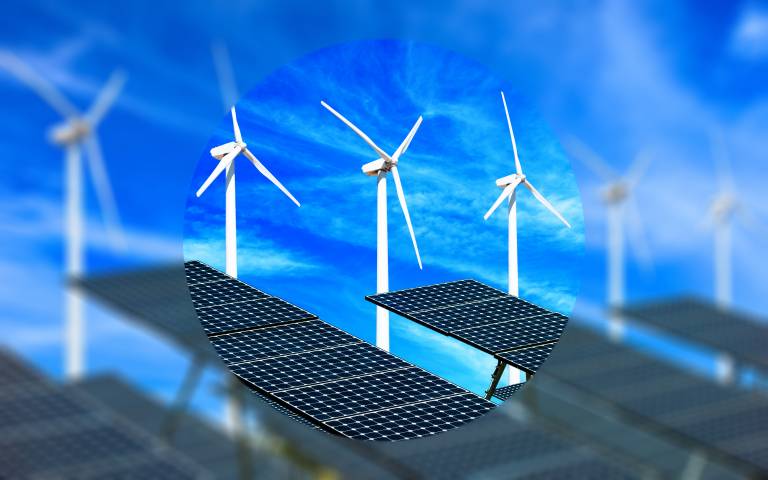 Energy transition is a complex problem with many dimensions and uncertainties

Energy transition is the process of reducing GHG emissions to ‘net zero’ (i.e. where remaining emissions are balanced by removals of emissions from the atmosphere). This is also called the ‘decarbonisation’ of the energy system.

The major source of GHG emissions is the burning of fossil fuels for energy. Energy transition requires reducing the use of fossil fuels in both the power sector (that supplies electricity) and in directly powered equipment, such as petrol in vehicles, or gas boilers in homes. Fossil fuels can be replaced with low- or zero-carbon sources of energy such as renewables or nuclear energy. Where fossil fuels cannot be removed completely, capturing the GHG emissions at source will be needed, but this is only practical for large sources of these emissions, such as from power stations or industry.

The energy transition is one of the most complex challenges facing industrialised societies today, requiring widespread social and technological changes over several decades. In the UK, detailed plans for achieving a net-zero emissions economy by 2050 have been developed by several government bodies, including the Climate Change Committee, but there is still much uncertainty about the actual path of decarbonisation that will be followed, arising from two factors:

Emissions are the result of these three factors multiplied together. Therefore each factor is important.

To reduce GHG emissions, we need to understand the potential for reducing each of the three contributors to emissions.

- Can the carbon intensity of energy be reduced to zero? In theory, YES - through three main approaches.

- Can the energy intensity of energy services reach close to zero? Unlikely, but significant reductions are possible.

There is a limit to the potential for reducing energy intensity, since some energy will always be needed to deliver energy services, and some is always likely to be lost in the process. Energy intensity can be reduced with a combination of:

- Can energy services demand be reduced? Reductions in current levels of energy services in developed societies are possible, but by how much is uncertain, and developing countries are certain to want to increase their demand for energy services.

Reducing the demand for energy services is not straightforward, as they form an essential part of people’s well-being, lifestyles and expectations. Historically, societies have tended to demand more energy services as they have become richer, and this has been the main driver of increased GHG emissions. Moreover, as people get used to more energy services (e.g. warmer homes, foreign holidays), they are resistant to cutting back on them. Eventually, energy services demand does tend to stop increasing (e.g. there is a limit to how much people will want to travel by road each year, and a maximum and minimum desired level of indoor temperature). This is called the ‘saturation’ of demand for these services. The world as a whole is very far from reaching this position.

UK achievements to date are mixed

The graphs below show trends from 1980 to 2019, in UK carbon intensity and energy use. Energy use is measured in kOE – kilogrammes of oil equivalent, which converts all energy forms to the same unit.

The graph on the right illustrates energy consumption per person for different services, which is a combination of energy intensity and energy services demands.

Anticipate and deal with uncertainties, especially social ones, to keep the energy transition on track

Since the energy transition is a complex problem with many dimensions and uncertainties, keeping progress on track will require close monitoring and flexible policy. Each influencing factor for emissions - carbon intensity, energy intensity and energy service demands – is important. Reducing each factor to be close to zero is very difficult, and probably only possible for carbon intensity. Therefore, we need to pay close attention to progress in reducing all three terms throughout the energy transition. For example, if energy intensity is reduced but energy services demand increases, as has happened in UK transport in the last few decades, the net effect will be no progress.

One particular uncertainty is the expectation of a massive increase in the use of electricity – which is a common feature of all credible decarbonisation pathways from energy models. Electricity is expected to take over from fossil fuels in much of transport (e.g. electric vehicles) and building heating (e.g. heat pumps). This will require at least a doubling of the capacity for electricity generation, provided by renewables and, perhaps, nuclear power.

Encouraging societal understanding of the need for the energy transition, and participation in it, will facilitate changes in behaviour in respect of energy use, and enable a more balanced overall response, rather than relying on success to come mainly through technology.

New methods are needed to deal with the complexity of energy transition, and its social and technical (socio-technical) implications

Today’s energy system is the result of decades of investment in producing and delivering fossil fuels and the equipment to use them. These uses are vital for people’s well-being and have become deeply embedded in people’s habits, lifestyles, expectations and aspirations. Some of the changes in the energy system from decarbonisation (e.g. generating much more electricity from offshore wind, or switching from conventional to electric vehicles) will require huge financial investment but not much change to people’s lifestyles. But some of the changes are both more difficult, and currently more costly, than fossil fuels (e.g. developing adequate alternatives to fossil fuels for aviation, or replacing natural gas with green hydrogen). And some cannot be delivered without considerable (albeit short-term) disruption to our lives (e.g. big increases to the efficiency of our buildings). Understanding how to go forward in this complex situation requires considerable further research and analysis. Yet there is little experience to go on, and new theories, concepts and analytical tools are required. Justifying and building confidence in these takes time, but there is also urgency for strong action.

In addition, encouraging participation from society in management of energy services demand and improving energy efficiency is difficult. Past experience shows that results are highly uncertain. There is a risk that policy makers and businesses will struggle to gain the consent of the public to enact these kinds of changes.

Careful and responsive policy making, supported by research, is needed to gain and maintain public support for change

Some people are prepared now to make changes to their lives to reduce emissions. Politicians at all levels have important roles in enacting legislation (e.g. in transport and building planning laws) and bringing forward investments (e.g. in electric vehicle charging points) that will support even more people to make low-carbon choices. To gain and maintain public support, it is essential that the changes made to achieve energy transition do not make life more difficult or expensive for the socially and economically disadvantaged in society.

At UCL our research and modelling tries to provide more understanding of the societal and political factors involved in energy transition. It is clear that society interacts with technologies at many levels, and technologies and energy-using lifestyles evolve together. Our work shows the importance of government first leading on the energy transition on the basis of what can be done now, while preparing the ground for the changes that will be required later, all the time explaining the reasons for their actions and taking people and communities with them – helping those who want to change, and showing that the changes can be achieved in an acceptable and fair way. New approaches could ensure that opportunities for economic and societal improvements exist along with achieving emissions reductions.

The energy transition will take many decades. 2050 is hardly long enough. There is now no time to waste. 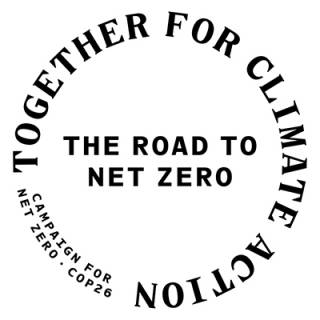