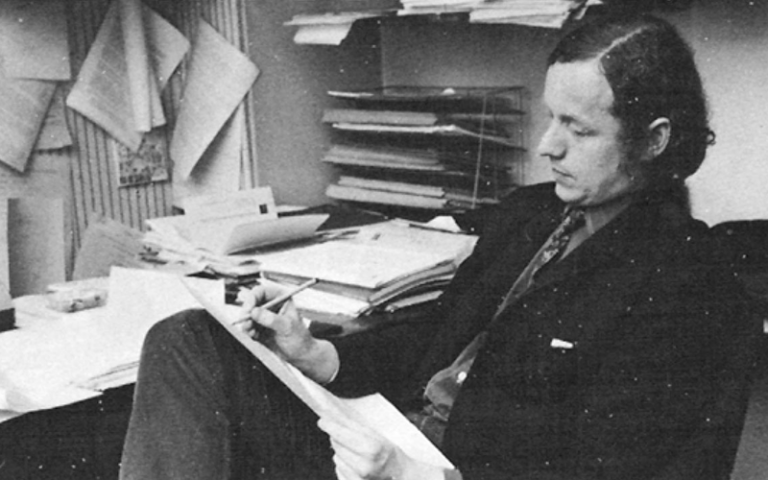 Professor Bill Hillier was a pioneer of ‘space syntax’ theory which has been influential in universities and industry around the world. In 1976 Bill co-wrote a landmark publication called Space Syntax. Bill was also Chair of The Bartlett Research Degrees Committee for a number of years. His legacy can be seen in the work of the Space Syntax Laboratory in The Bartlett School of Architecture, and Space Syntax Ltd.

The work of Bill Hillier and Space Syntax was celebrated as part of Bartlett 100 this year.

Message on behalf of Alan Penn, Professor of Architectural and Urban Computing:

I have sad news that Bill Hillier died last night. It was peaceful and with his wife Sheila and family after a long illness that has kept him housebound although still researching and writing up to the end.

Working with many colleagues over the years Bill developed space syntax as a theory of architecture and its relation to society through the way that built form shapes open space.

This theory and the research methods Bill developed has been highly influential in creating a dynamic research community all over the world.

Bill will be remembered fondly by the countless students and researchers whose way of thinking about architecture, urbanism and society has been so profoundly shaped by his insight and penetrating thoughts.