In March 2019, Ecuador submitted its first Nationally Determined Contribution (NDC) to the Intergovernmental Panel on Climate Change (IPCC), in an effort to comply with the Paris Agreement. The document states the country’s commitment to reduce emissions and showcases hydropower as the key technology for decarbonising the power sector. Ecuador currently generates over 80% of electricity with hydropower and has vast untapped resources. But, how do challenges for hydropower deployment impact emission reductions plans in Ecuador? Pablo Carvajal’s PhD research sought to address this question from an energy planning perspective.

Relying on energy system modelling technics he explored a series of energy scenarios for Ecuador up to 2050. If large hydropower projects cannot be constructed due to social-environmental opposition, Ecuador may fail to reduce its emissions by an order of four times. When the impacts of climate change are considered, a 25% reduction of runoff would cause cumulative emissions to double.

In the face of urgent efforts needed to tackle climate change, energy planners need to assess the trade-offs of energy and climate policies. Failure to do so can lead to suboptimal investments and to fail to achieve emission reduction targets. Local interests to preserve environmentally-sensitive regions (such as the Amazon, where most of Ecuador’s untapped hydropower potential lies) can clash with international decarbonisation commitments. With larger electrification of the energy system (e.g. electro mobility, electric heating and cooling), there might be even more pressure to develop large hydropower projects, particularly in developing regions. 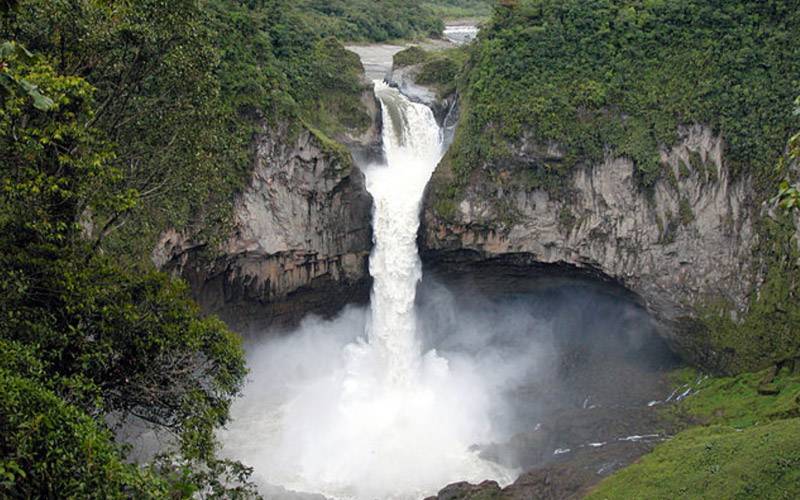 Pablo Carvajal’s research concludes that hydropower is a clean and competitive electricity generation technology that will remain a key technology for Ecuador from a cost perspective. But deploying other non-hydropower renewables in tandem can help diversify and bring more robustness to the power system. Cost reductions of non-hydro generation are the key not only for these to compete with hydropower, but to avoid a potential lock-in to cheap natural gas, which would derail any emission goals.

Pablo E. Carvajal has eight years of experience in the energy sector in Latin America and Europe. He has been energy advisor to the Ecuadorian government and also a consultant for German Cooperation and the Inter-American Development Bank. He currently works at the International Renewable Energy Agency’s Innovation and Technology Centre in Germany. He holds a BSc in Mechanical Engineering, MSc in Renewable Energy and obtained his PhD in Energy & Economics at University College London’s Energy Institute.