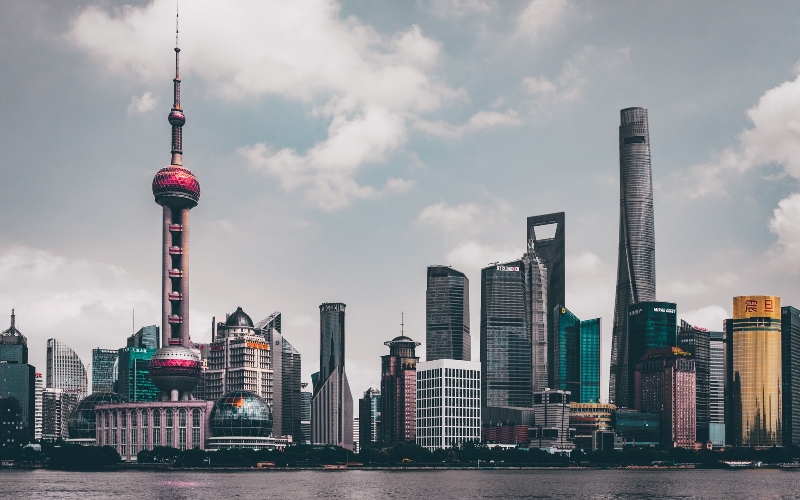 The Asia Prosperity Research Hub explores what prosperity means and entails in Asia. The current thinking around prosperity tends to emphasize post-neoliberal and post-GDP economics, which are largely rooted in western concepts that fail to reflect global demographics. The resurgence of China, alongside the rapid development of India and the Southeast Asian countries, has inexorably changed the economic, geopolitical, and strategic landscape of the world.

In line with IGPs’ acknowledgement that ‘prosperity is relational and interconnected’ and the focus should be 'on relationality in context’, the hub intends to contribute to the redefinition of prosperity as ‘an emergent feature of a complex set of embedded interactions over time’ (Moore and Mintchev, 2021). Thinking about global prosperity in the 21st century requires a critical engagement with the evolution of this concept and the relevant sustainable pathways to prosperity in Asia. The Research Hub aims at understanding the economic and social value systems, taking into consideration country-specific historical conjunctures and cultural features. At the same time, it intends to shed light on the evolution of developmental paradigms in the region and evaluate individual Asian countries’ systemic changes over time.

The research is grouped into three broad themes that encompass key issues for prosperity in Asia and beyond:

a. The concept and the pathways to prosperity in China

b. Gender equality and economic development

c. Technology and Entrepreneurship for Prosperity

A. The Concept and the Pathways to Prosperity in China

This research strand engages with the critical question of the possible interpretations of China’s definition of prosperity, with the relevant discourses and developmental pathways, adopting an interdisciplinary historical, cultural, and political-economic perspective to better understand China’s strong emphasis on economic prosperity based on the axiom of stability.

China’s post-1978 ‘Reforms and Opening up era’ is often presented as an ‘Age of Prosperity’ (盛世中国). This is cast as similar to previous imperial eras (such as the Sui-Tang, Ming, and Qing dynasties) since it is strictly connected with the strengthening of the State’s wealth and power (fuqiang 富强). Research on the historical and cultural foundations of China’s concept of prosperity allows us to critically engage with an understudied topic that is extremely relevant both for China’s resurgence and the country’s relations with the rest of the world.

Since the beginning of the ‘Reforms and Opening up’ era in 1979, China has shifted from a centrally planned to a more market-oriented economy, experiencing both the fastest sustained economic expansion in world history and a monumental socio-cultural transformation. China’s GDP has multiplied over five times in the past 40 years, with an average of nearly 10% GDP growth a year. Over the past four decades, China has seen a sharp reduction in poverty, but also a substantial increase in inequality alongside major environmental degradation and pollution. Under President Xi Jinping, China is accelerating a program of geopolitical expansion such that Chinese policies and ideals now come to heavily shape governments, people, and environments around the world. Today China is the world's second-largest economy, and in the past eight years, it has contributed around 30% of global growth.

What is the origin of China’s vision of prosperity? How is the narrative of prosperity constructed through history? What is the relationship between the State’s wealth and power vis-à-vis the quality of people’s lives, their aspirations and sense of purpose?

B. Gender Equality and Economic Development

This research strand wishes to bring a gendered perspective to prosperity, by challenging the conventional myth that economic development will naturally lead to gender equality and prosperity for women. East Asian countries, from Japan to Korea and recently China, have shown a different story.

According to the Global Gender Gap Report 2021 compiled by the World Economic Forum, gender gaps in Korea, China and Japan are so wide that they ranked 102nd, 107th, and 120th out of 156 countries respectively on gender equality. This is in sharp contrast with their economic status in the world. In terms of GDP per capita (PPP adjusted), Korea, China and Japan ranked as the 31st,79th and 33rd in 2019 out of 181 countries (latest data to be updated). In other words, economic development in these three East Asian countries fails to improve the status of women. In the case of China, despite much-acclaimed economic progress in the last ten years, gender gaps are indeed widening.

This urges scholars to think harder and dig deeper on what prosperity means for different social groups, especially historically disadvantaged groups such as women; and how to make sure they benefit equally from any progress that is achieved.

This theme explores the implications of new innovations, such as the accelerated digital revolution - block chain, AI, AR, Additive manufacturing etc, for rural populations and how these innovations can be leveraged by entrepreneurs for crafting a pathway towards prosperity in (East) Asia. We are also interested in how new ventures emerge, grow and are sustained within rural populations.

The accelerated digital revolution and the adoption of new technologies has not only enabled the development of economies but has also had negative implications – exacerbating inequalities across society. Many essential services such as health, education and financial services are increasingly being offered via these new technologies, leaving behind many rural populations and others without the resources and literacy to access these services. This theme focuses on how the interplay between entrepreneurship and technology can address these societal challenges such as enabling the inclusion of those marginalised and excluded from market activities such as women and artisans with dying professions.

Entrepreneurs play different roles in the economy, for example, they lead technological advancements and in the process of pursuing economic and/or social opportunities, they also engage in job creation. With the accelerated shift towards the widespread adoption of digital technologies, there are also opportunities for these technologies to enable the path towards prosperity through entrepreneurial approaches. HOW can new technologies such as Blockchain, AI, Mobile technologies, and entrepreneurship be leveraged to engender prosperity in the form of education, equality, and inclusion. What policy initiatives are needed to support these activities? How can such innovations enable rural and female entrepreneurship?

This theme is also concerned with venture creation within rural settings and how individuals and communities can pursue opportunities that may lead to prosperity within the community.