Analysis by the Institute for Global Prosperity (IGP) has revealed that the Government’s aim of levelling-up the UK will fail if it only focuses on factors traditionally believed to hinder prosperity. 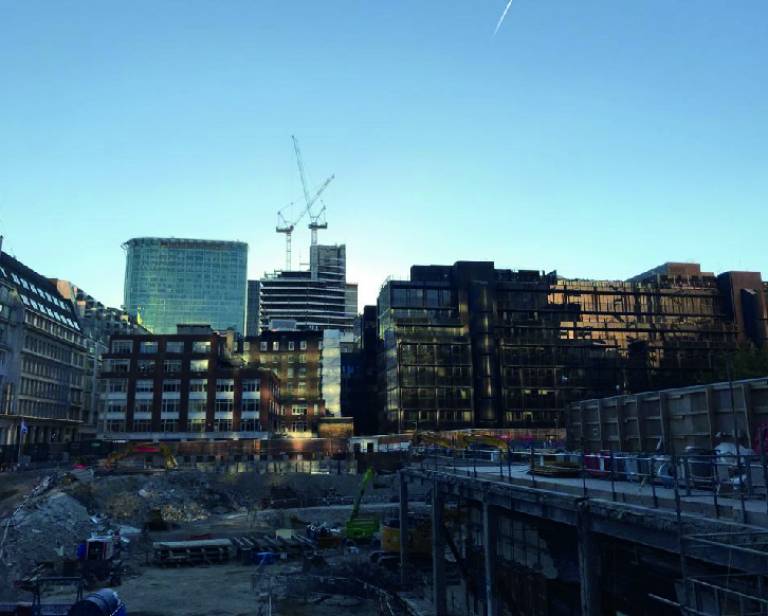 Is the Governments levelling-up agenda really doing anything to tackle rising inequality and soaring inflation?

“The old methods do not work. We have to redefine prosperity; change how we measure it and be open to different ways of securing it.”

With the current UK Government in a state of chaos, there is a significant risk of the levelling-up agenda stagnating, perhaps even collapsing altogether, as we seek to tackle the incumbent cost of living crisis and soaring inflation. Since the announcement of the Government’s flagship levelling-up white paper in February 2022, many have been critical of the white paper and its proposed processes for levelling-up. From the Public Accounts Committee’s report, showing how principles for awarding funding were astonishingly finalised after shortlisting bids; to the report by the National Audit Office into the Department for Levelling Up, Housing and Communities (DLHUC), which highlighted the Departments failure to learn from previous interventions and best practices.

Our lives today are more complex than ever and the foundations of our wellbeing far more diverse. To address the challenges of the 21st century, a more holistic approach to effectively measure social progress is required. This approach needs to be one that provides governments with dimensions on our economic, social, environmental, and democratic dimensions of wellbeing, alongside GDP, to ensure more effective and long-term policy-making at the local level.

In turn, the IGP is calling on Government to shift the dial on its levelling-up aims and objectives. Through the lens of ‘secure livelihoods’, the IGP has produced a regional analysis for 9 English regions across the UK, assessing secondary data on the different aspects of livelihood security. The rationale for doing so is simple. Livelihood security has been consistently identified as the most important driver for people to lead fulfilling and flourishing lives from our prosperity index research in east London. While the conventional routes to prosperity and escaping poverty evasion are commonly stated to be jobs and income, achieving high economic growth, productivity and GVA, IGP’s view is considerably different.

Livelihood security ultimately depends on a set of interconnected, interdependent ‘assets’ and cannot be reduced solely to factors related to income and work. The assets that make up the infrastructure for secure livelihoods are:

Due to the interconnected and independent nature of these assets, people require each of these 5 assets together in order to prosper. This critically contrasts the view that jobs and employment are sufficient alone for improving in quality of life. In the last few months, we have seen numerous times at the dispatch box during PMQs, the Prime Minister referencing the UK’s record unemployment figures, but with nothing said in relation to the type of work, the security of work and income, or the level of in-work poverty that people are experiencing exponentially.

From our analysis, we find that London, the North East and North West of England score poorly on the secure income and good quality work domain with in-work poverty also being the highest in London, the North East, the West Midlands and Yorkshire and the Humber. Using our unique scoring and ranking system, we find that the top two regions for livelihood security are the South East and South West of England, while the bottom two regions are the North East of England and the West Midlands. Another interesting aspect of this analysis is that London ranks 7th (1 = best; 9 =worst) and with levelling-up seen to bring the different regions up to parity with London, it raises the question as to whether we need to focus within specific regions rather than looking between them.

While the Government’s ‘levelling-up’ agenda is proposed through 12 missions to be achieved by 2030, and set to be measured by conventional measures of prosperity, notedly - productivity, pay, employment levels, educational attainment, and investment in infrastructure; we call on the Government to focus on securing people’s lives and livelihoods by building the foundations of prosperity if it is to genuinely succeed in ‘Levelling-Up’ across the UK.

““Livelihood security depends on a set of interconnected, interdependent ‘assets’ and cannot focus solely to income and work. Despite this successive Governments repeatedly set targets for job creation or house building believing that the trickle-down effect will improve local prosperity. And the current Government is poised to repeat the mistake.”

Despite billions of pounds spent on regional regeneration boosting growth, people do not feel their lives are any more prosperous or secure. The only way that will change, is if we start measuring the factors people actually say limit their prosperity. If you do not understand what those factors are from the outset how can you possibly hope to put in place solutions to fix them”.

Despite the Government setting out its proposals for Levelling-Up in the Levelling-Up White Paper earlier this year, the IGP believe there is still an opportunity for local and national government to adopt a citizen-led approach to levelling-up and is already working with a number of local authorities across the UK to achieve this.