Blog: Launch of a Prosperity Index for London

Maria Paz Levy, volunteer at the IGP, reports from the launch of the IGP's first Prosperity Index for London 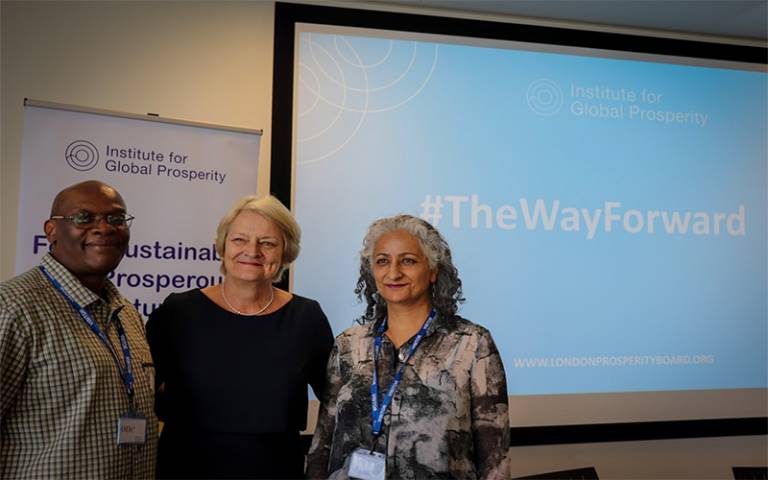 On 22nd May 2019, the Institute for Global Prosperity (IGP) and the London Prosperity Board welcomed around 100 attendees to launch the UK's first, citizen-led Prosperity Index for London, at the London Legacy Development Corporation. Key local community members, citizen scientists, politicians, businesses, academics and decision-makers joined the IGP to celebrate the results of four years' community-based research in East London.

The launch included presentations, roundtable discussions and personal testimonies from those who developed the index. We were joined by speakers Deputy Mayor Debbie Weekes-Bernard and Philip Glanville, Mayor of Hackney, and from Business in the Community, the London Borough of Barking and Dagenham, and Community Links. We were also joined by two of the citizen scientists we worked with in East London, who were essential in creating the Index.

Together, we explored the IGP's innovative, community-led approach to research that was used to create the Prosperity Index, known as "citizen science". Speakers commented on the importance of this approach. They noted especially how it can be used to re-evalute how we measure prosperity in a specific context or community in order to deliver more accurate and locally-designed public policies that effectively improve people's lives. They also noted examples of where this can already be seen.

Saffron Woodcraft, who leads the IGP's work in East London, explained how citizen science is part of the IGP's agenda to change the way we understand and define prosperity for people around the globe.

We want to challenge the way decision-makers think about prosperity by integrating non-academic expertise into our research, developing new forms of evidence built on this, and new ways of working that make shared prosperity a reality.“

The IGP-authored report, Rethinking Prosperity for London: When Citizens Lead Transformation, also launched at this event, goes into more detail about why we believe this is important.

Finally, two citizen scientists from East London, Tony MacKenzie and Sue Ansarie, gave presentations about their work on the Prosperity Index. Their outstanding and refreshing testimonies were unmistakeably one of the highlights of the event. Why choose to create a prosperity index for London? The complexity of contemporary cities often makes changing certain processes andf the "state of things", seem impossible. Sometimes it can feel as though what we discover about our urban environments through research only reinforces this. London, vast and diverse, could then seem a particularly challenging environment in which to choose to make change.

In recent years, there has been a proliferation of uniform indices, indicators and statistics that get indiscriminately used in decision-making about the capital and its communities. However, these measures, the data collection methods used to create them, and the policies made out of them, only tell us so much. They often imply a previously determined set of values about people's needs, and risk overlooking their wellbeing and ideal living standards. These values can feel very detached from the lived reality of London's communities, as they come from academic or expert opinion, rather than the communities themselves.

At the IGP we, by contrast, put public engagement at the heart of our research. We recruit and train lcoal citizens to work as citizen scientists who collect qualitative data in their own communities. As a result, people's needs and concerns are included in research that is about them. Out of this, we are then able to introduce new understandings of prosperity that are based on the people it regards. The significance of what is being measureed is then redefined from the perspective of people who are living that reality, challenging conventional definitions of prosperity, and replacing them with local experience and aspirations.

Our citizen scientists in East London

Our citizen scientists in East London were absolutely essential to the development of the Prosperity Index for London. At its launch, we were delighted to be joined by two of the citizen scientists we worked with, Tony MacKenzie and Sue Ansarie.

Tony has been a citizen scientist since 2015. He has lived and worked with young people in Newham for over 20 years, and now works in housing in Hackney. Tony is IGP's lead citizen scientist. He helps to recruit, train and mentor the team, as well as leading research in Newham, and taking part in IGP's teaching and summer schools. Sue has worked on a number of research projects related to displacement and large social change within communities, including projects on the Aylesbury estate in Elephant and Castle, HS2 and working for Just Space.

In their speeches, they stressed how important it had been for the research findings in East London to be informed by non-academic and locally-based understandings of local issues. They agreed that it is the responsibility of researchers and experts to assist the community in understanding concepts, and eliminating barriers to involvement in research that affects them. This collaboration is essential in transforming action for shared prosperity. 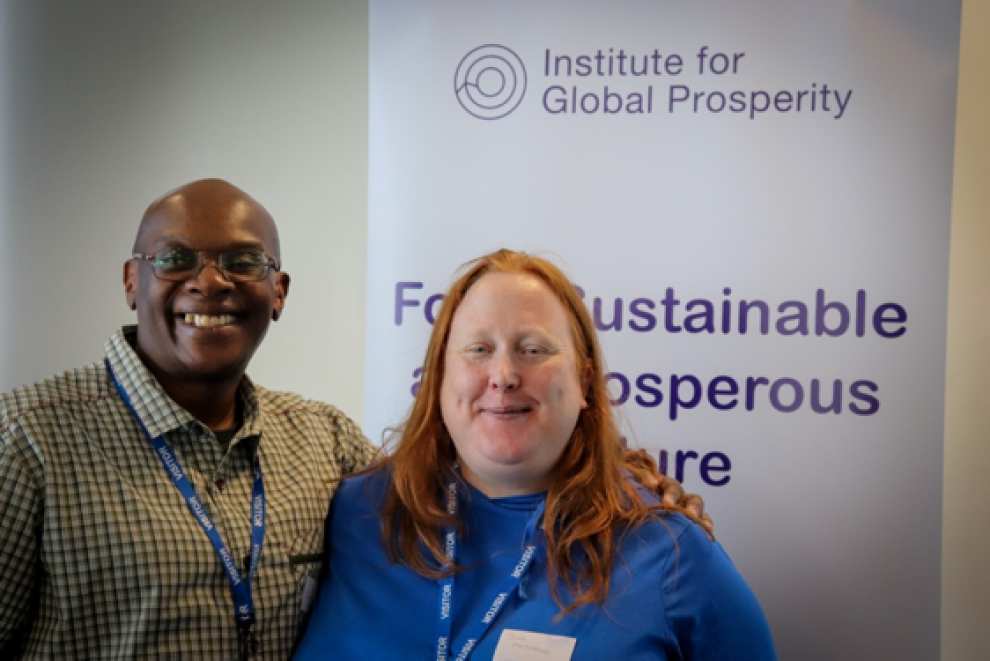 We were thrilled that so many businesses, entrepreneurs, researchers, and members of the community were able to join us for the launch of our Prosperity Index for London. This event marked the launch of our first, formalised Prosperity Index, and was a seminal moment for us as an Institute. We were delighted to share and celebrate it with those who created it, and with those who can use it to create change.

As we look forward to the Prosperity Indices we are developing in Lebanon and Kenya, we also reflect on our work so far and ask: how can we make sure our prosperity indices will translate into more efficient and 'tailor-made' policies that really impact upon the future of communities?

There is still a long way ahead of us in terms of the results that this applied methodology can show us, but we think now is the time to challenge familiar methodologies and start narrowing the gap between policy-makers and people, because empowering communities to take action is a way of enabling each other to thrive. 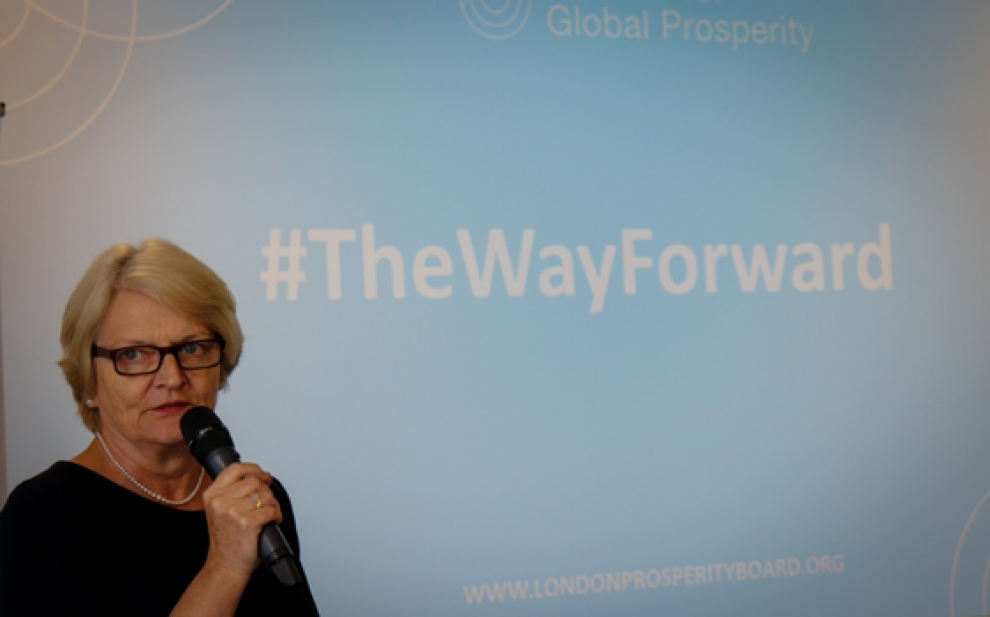 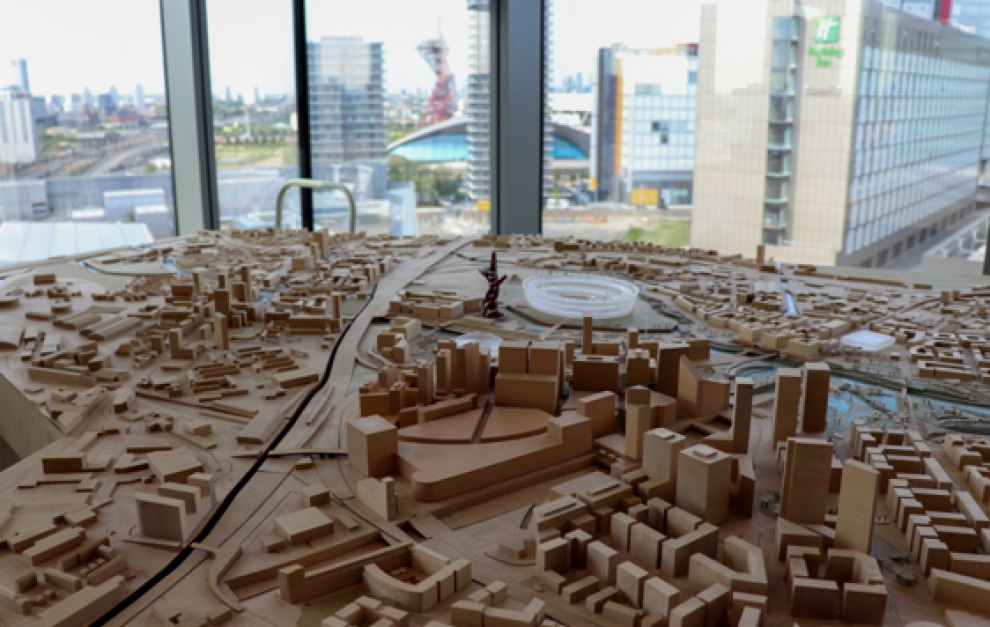 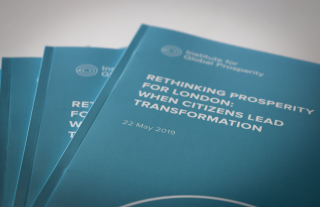 What is citizen science?

At the Institute for Global Prosperity, citizen scientists are integral to our research. We work with individuals from local communities, train them in research skills, and empower them to conduct their own research and co-design our research strategies.

Our goal is new ways of working that foreground local knowledge and capacities for local action. In this sense, the remarks here are not a conclusion but the start of a new conversation about what shared prosperity means in the UK, and the kind of new partnerships, policies, institutions and ways of working that are needed. We must recognise therefore that what it means to live a good life in Hackney Wick and Stratford will be different to what it means to live a good life in other parts of London, rural towns and villages, and other UK cities and regions. - "Rethinking Prosperity for London: When Citizens Lead Transformation"“