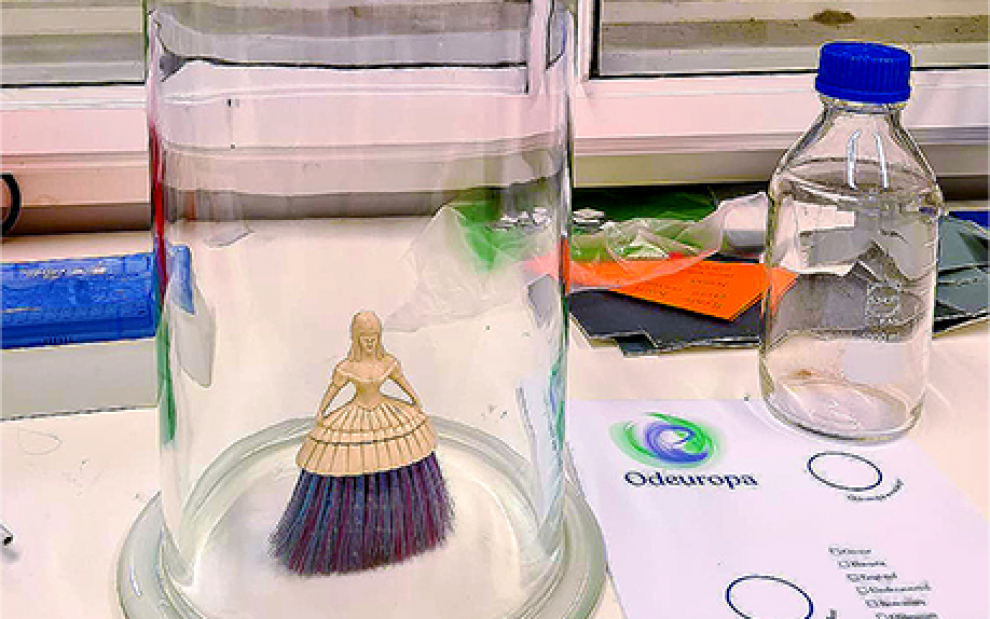 aims to capture the olfactory heritage of Europe by using artificial intelligence (AI) to identify the potential of olfactory descriptions, experiences and memories hidden in historic texts and art collections from the 17th century to 1920, and show how to use our sense of smell to engage with Europe’s tangible and intangible cultural heritage. This is a Digital Transformations project funded by EU Research and Innovation programme Horizon 2020.

APACHE looks at the conservation aspects of emissions of smells from indoor materials (heritage or otherwise) and their effects on heritage objects during storage or display. It will provide valuable background information to address conservation concerns relevant to the introduction of heritage smells into collections and displays. This project is funded by EU Research and Innovation programme Horizon 2020 (Topic NMBP-33-2018).

'Smell of Heritage' explored the role of olfaction in our experience of cultural heritage and developed a framework to identify, characterise and document smells of cultural significance. This was an MRes/PhD project in partnership with Knole House and Odournet. It was funded by the UK EPSRC Centre for Doctoral Training in Science and Engineering in Art, Heritage and Archaeology (SEAHA) and by the National Trust.

'Heritage Smells!' looked at the diagnostic value of the smell of heritage objects, focusing on the value of gaseous emissions from heritage objects in non-destructive diagnostics. UCL ISH worked in partnership with the University of Strathclyde, British Library, British Museum, National Museum of Scotland, National Archives of Scotland, English Heritage and Owlstone. This project was funded by the UK AHRC/EPSRC Science & Heritage Programme. If you want to find out more about Olfactory Heritage Science and our current research please contact us.

UCL SENSOR (Sensory rEsearch iNterdiSciplinary fORum) is an interest group under the BEAMS Heritage Science and Engineering Network. Its quarterly meetings are open to all researchers with an interest in multisensory heritage. For more information, please email us.