Action is needed to preserve the content of archived films, decades or even centuries sooner than anticipated as research finds conservation guidelines for film storage inaccurate. 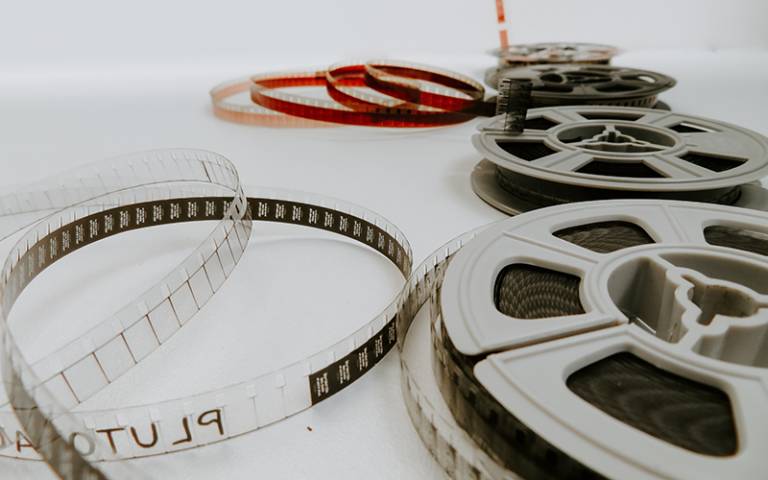 Archived cinematographic and photographic films from after the 1950s are at high risk of degradation and eventually total media loss from vinegar syndrome.

In new research from the UCL Institute for Sustainable Heritage, PhD student Ida Ahmad and Dr Katherine Curran outlined how films are likely to be degrading at a faster rate than that described by current film conservation guidelines. The research was done in collaboration with Dr Luca Mazzei from UCL Chemical Engineering, Tate and Process Systems Enterprise.

Films used in cinema and photography are made out of several layers. As new technologies have developed then so have the materials. In the 1950s, highly flammable cellulose nitrate was replaced with cellulose triacetate (CTA) often called ‘safety film’ for the base layer. CTA films however also prove to be inherently unstable.

When film made with CTA is stored for a long period of time, vinegar syndrome occurs. The first sign is a strong odour of vinegar when the container is opened. The vinegar, or acetic acid, is the product of the cellulose triacetate reacting with water. As vinegar syndrome advances, film quality deteriorates, leading eventually to loss of the media entirely.

Increased temperature and relative humidity can speed up the onset of vinegar syndrome. Conservators often keep films in cold dry environments to slow it down. However, such methods can only delay the onset of damage. To fully preserve the content, films need to be copied on to a different medium.

Film conservation guidelines give estimates for how long it would take for fresh CTA film to developed vinegar syndrome when stored in different conditions. These guidelines inform the long-term strategy of film conservators for when film needs to be transferred to another medium to preserve the content.

This new research however has found that CTA films are likely degrading at a faster rate than that described by current film conservation guidelines due to previously unaccounted-for effects of vinegar syndrome.  Fumes of acetic acid released by degrading CTA films can increase the rate of degradation in other films stored nearby, including those made of materials besides CTA. It also causes corrosion in metal cans used to store the film reels. The potential damage that can be caused by the vinegar syndrome is therefore greater than to just the degrading CTA film.

Based on the findings of the study, CTA films which have been kept at recommended storage conditions are likely to develop the vinegar syndrome soon if they have not already. This is decades, or even centuries, earlier than anticipated based on current guidelines. Given the prevalence of cold storage as a long-term strategy for extending the life of CTA film, these results have urgent consequences for film conservation.