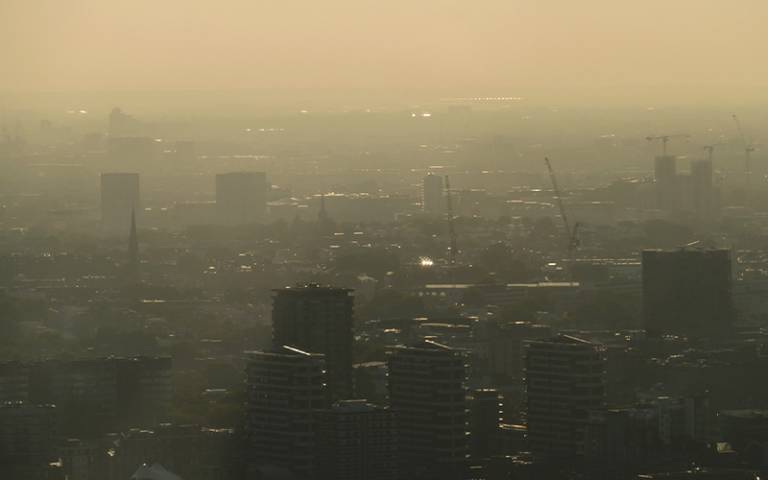 Systemic inequalities mean that low-income households in London are more likely to be exposed to higher levels of indoor air pollution, according to a report by UCL researchers.

The biggest factors are the quality of housing and the characteristics of the surrounding environment, taking location and levels of outdoor air pollution into account – factors beyond occupants’ control.

Air pollution exposure is the greatest environmental health threat in the UK, with long-term exposures estimated to cause 28,000-36,000 premature deaths a year.

In the paper, published in Buildings and Cities, researchers used available data and models, assembling evidence to examine five factors explaining why lower socio-economic groups may be exposed to higher levels of indoor air pollution in their homes, focusing on London and the pollutants PM2.5, NOx and CO. These pollutants were selected as they are primarily produced by combustion processes, such as cooking or burning fuel, and are therefore found in most households.

The factors were: housing location and ambient outdoor levels of pollution; housing characteristics including ventilation properties and internal sources of pollution; occupant behaviours; time spent indoors; and underlying health conditions. London was the focus because housing there isn’t typically representative of the rest of the country, with a higher proportion of renters and flats as dwellings.

The team used a systems approach highlighting interactions and links between factors to show how they lead to systemic exposure inequalities, with lower income households having limited opportunities to improve their indoor air quality.

Poor quality housing can lead to a number of negative health effects and is therefore an area which should be targeted in order to address the growing health inequalities gap in the UK.”

Levels of smoking are higher amongst low SES groups, with 25.5% of those in routine and manual occupations smoking regularly, compared with 15.7% in intermediate occupations and 10.2% in managerial and professional occupations. Low SES groups also report longer cooking durations, increasing exposure to pollution.

Low SES groups are more likely to spend less time outdoors, due to a variety of factors including higher levels of unemployment, fewer after-school clubs and little access to green spaces. This raises their susceptibility to developing health conditions from increased exposure to indoor air pollution.

They are at a higher risk of experiencing underlying health conditions, material deprivation and psychological stress, making them more susceptible to air pollution. Material deprivation includes lack of access to healthcare, poor diet – which is strongly linked to income class – and lack of physical activity, which is linked to spending more time indoors due to the factors mentioned above.

The paper builds on previous research in 2020 on how concentrations of indoor domestic air pollution may vary between SES groups. The researchers hope the findings will influence policy decisions regarding air pollution and housing in London, and call for action to improve housing quality, promote and support interventions to reduce exposure to outdoor air pollution and encourage behavioural change to minimise risk factors from smoking and spending large amounts of time indoors.

Photo by Call Me Fred on Unsplash