3DStock is a method for modelling all buildings – domestic, non-domestic and mixed-use – in a locality, in three dimensions and located geographically. The primary purpose is the analysis of energy performance, but there are many other potential applications. Models have been built to date of 18 London boroughs and the towns and cities of Leicester, Swindon, Tamworth and Milton Keynes. Data are available for extending the modelling to England and Wales.

The models are assembled automatically from Ordnance Survey digital maps, commercial rating data from the Valuation Office agency (VOA), LiDAR data (laser measurements made by overflying aircraft) from the Environment Agency, and several other sources. Activites are recorded in detail, floor by floor and in many instances down to the room level. Floor areas are given by the VOA data, or are otherwise estimated from the external geometry of buildings. Actual metered energy data are attached at the premises/ building level where these are available, as in Display Energy Certificates; or aggregated to postcodes, LSOs or larger areal units. Energy Performance Certificates are also attached to premises/ buildings. Geometry and activity data can be passed from 3DStock to a second model, SimStock, with which energy performance can be estimated using dynamic simulation, for large populations of buildings.

3DStock has been developed by Stephen Evans, Rob Liddiard, Daniel Godoy- Shimizu and Philip Steadman at the Energy Institute in the Bartlett Faculty of the Built Environment, University College London. The work has been funded by a series of grants from the Engineering and Physical Sciences Research Council (EPSRC):

3DStock has been used to date in a series of consultancies to the Department for Business, Energy and Industrial Strategy (previously the Department of energy and Climate Change): 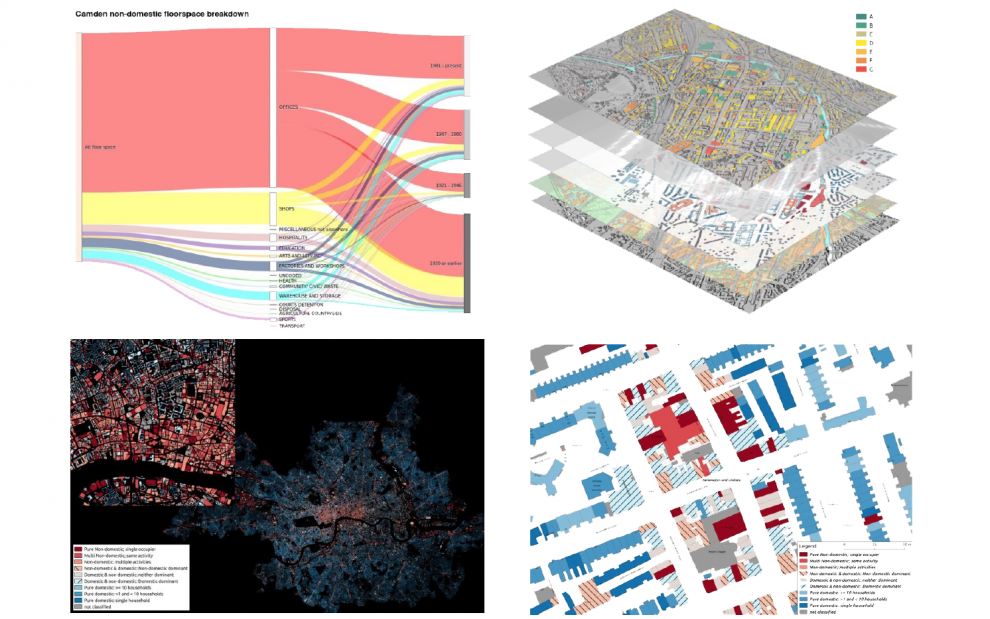