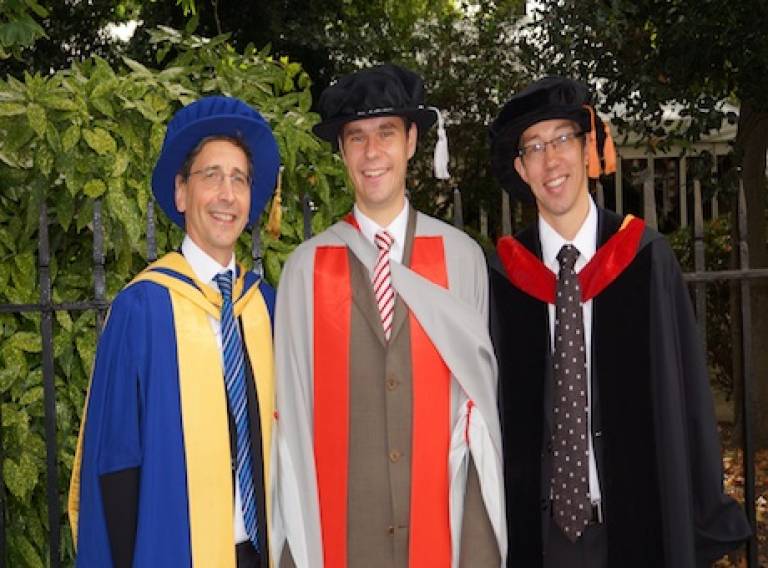 After Fabian successfully passed his PhD examination in December 2011 at the UCL Energy Institute, he moved to Paris in January 2012 to take up his work as energy analyst in the Global Energy Economics Directorate of the International Energy Agency (IEA).

Fabian returned to UCL-Energy in December 2012 to present the 2012 edition of the World Energy Outlook. Drawing on the latest data and policy developments the report presents analytical insights into trends in energy markets and what they mean for energy security, environmental protection and economic development. It sets out updated projections of energy demand, production, trade, investment and carbon-dioxide emissions, broken down by country, fuel and sector, to 2035.

During his time at the UCL Energy Institute, Fabian acquired knowledge and skills that have proven very applicable to his current work, in particular energy modelling. While Fabian used an optimisation model, UK MARKAL, for his PhD, he now works with a simulation model, which allows him to compare the strengths of each approach and improve the IEA’s energy model based on this experience.

Over the next months, Fabian will be involved in various efforts: further developing the industry sector modelling of the IEA’s World Energy Model; contributing to the energy efficiency chapter of the Baseline Report for the UN Sustainable Energy for All Initiative; organising the 32nd edition of the International Energy Workshop;  and work on the special WEO report on climate change that will be released in June 2013.