Hinkley Point to be obsolete within a decade, UCL analysis suggests 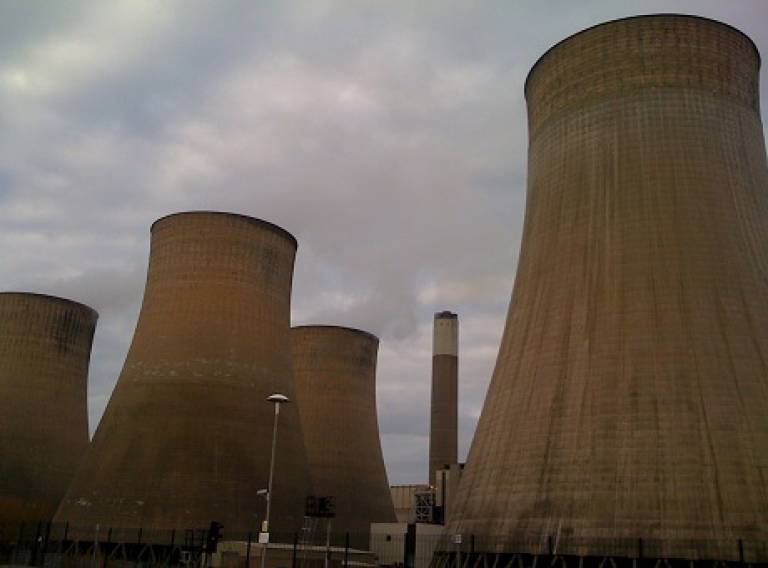 The analysis, based on National Grid’s own energy scenarios, shows that by 2030 wind and solar energy sources will, for increasing periods of the year, be meeting all the UK’s electricity needs. With Hinkley not expected to being operating until well into the 2020s, the plant is likely to be directly competing with more environmentally-friendly, and often much cheaper, energy sources – effectively tying the British consumer and taxpayer to an increasingly obsolete and irrelevant source of energy.

The findings suggest Hinkley Point could only operate at ‘baseload’ – a term used to describe the traditional function of large coal, gas and nuclear plants like Hinkley to supply a steady minimum level of energy to the market – if it forces these renewables sources off the system. Otherwise, it would have to reduce its own output, which could strain its operation and reduce its promised revenues.

This means that for decades British consumers will be tied to using energy that is far more expensive than readily-available renewable sources like wind and solar.

The ‘baseload’ has traditionally been supplied by large coal and nuclear plants like Hinkley, but the rapidly evolving renewables sector is due to overtake these in terms of cost and efficiency less than a decade after Hinkley first operates.

The UCL analysis even shows that by 2030, for growing periods of the year renewable sources will be able to solely fulfil demand.  This starts to happen when around 30% of electricity is generated from wind and 10% from solar. The National Grid has suggested this could be easily met by 2030 – and the UK Secretary of State has indicated that the UK expects to achieve around 35% of electricity from renewables overall by just 2020.

“Large plants like Hinkley Point were conceived during a radically different era – as by 2030 we predict they could be obsolete in favour of renewable sources like wind and solar.

“Just seven years after Hinkley is scheduled to begin operating, our analysis suggests renewable sources will be able to meet the nation’s minimum energy demand levels – traditionally the role of large nuclear, gas and coal plants like Hinkley.

“This means for the remaining decades of its contracted life, the UK could be tied to an expensive and potentially environmentally-damaging source of energy.”

“Today’s announcement and the conditions attached focus on the security considerations which prompted the Hinkley Point review. It does not seriously address concerns about deliverability, need or cost to UK energy consumers.

“Since the initial proposals, the cost of Hinkley Point has risen at least 50% whilst the cost of major renewable energy sources has more than halved. The contract will commit UK energy consumers to pay many tens of billions of pounds over a period of 35 years after first operation – to about 2060. For this amount, we could now get about twice as much electricity even from the more expensive renewables like offshore wind energy.

“Hinkley Point C will operate in a radically changed energy system which no longer needs full baseload operation, because of the explosive growth of wind and solar. UCL analysis published today shows that given its higher subsidy, Hinkley Point is thus likely to force cheaper and cleaner sources off the system, at consumer expense, for much of its operating life.

“The wider question is whether this decision indicates a politically-driven need to secure investment into the UK after Brexit, whatever the cost to UK consumers, with little regard for expert advice about our evolving energy needs.”

1. View ‘Briefing note: Hinkley Point C and other third-generation nuclear in the context of the UK’s future energy system’

3. Michael Grubb is Professor of International Energy and Climate Change Policy at the UCL Institute for Sustainable Resources.