Current energy policies and popular opinion assume that paying for the heat you use to keep your home warm is entirely fair. 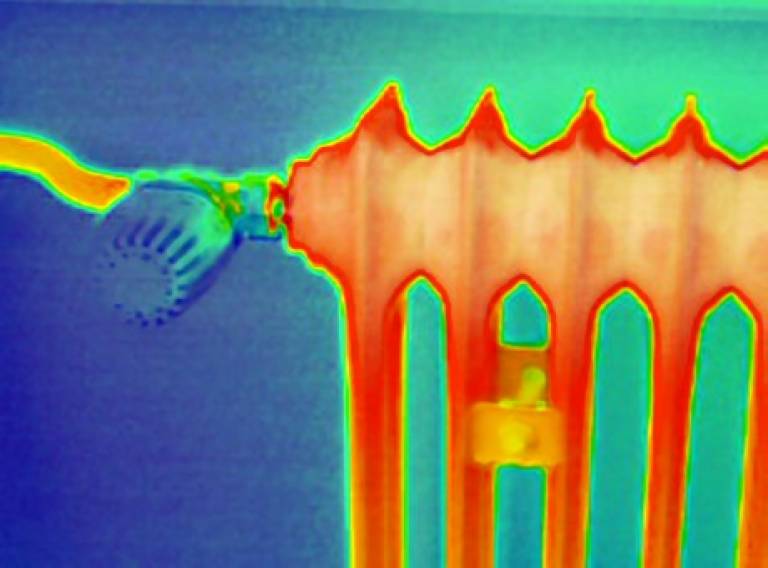 This assumption of fairness meant that the presence of gas and electricity meters in the nation’s homes is unquestioned. But a recent study by a team at the UCL Energy Institute published today in Building Research & Information has found that introducing metering for heat supplied by existing un-metered district heating systems can create inequalities between residents. This unfairness arises as certain flats will require more energy (and more cost, if metered) to keep warm due to the flat’s position and exposure. The team’s findings have important implications in the light of the EU Energy Efficiency Directive and its presumption that all district and communal heating schemes should be heat metered.

Total heat consumption is dominated by space heating and thermal performance, which are strongly influenced by the position of each flat within the block – for example, a flat in the middle of an intermediate floor will require less heat to keep warm than the flats at the ends of the top floors.

Many blocks of flats have a mixture of tenure. For local housing authority/association tenants, heat costs could be a substantial part of their income. For flats located in unfavourable positions in the block, which existing tenants have no control over, the introduction of heat metering might exacerbate fuel property. Conversely, the existing billing mechanism (based on costs allocated per floor area) leaves many tenants and leaseholders with a sense of powerless and little motivation to save energy.

This study reveals a technically and socially complex environment where fairness in allocating heating costs is an important concern. Fairness is in this context is far from simple and existing assumption on both metering and flat rate charging fail to account for a range of social and physical realities. A lack of funding and other issues on the infrastructure side can hinder the introduction of behaviour-orientated measures such as individual heat metering and charging.

The article can be downloaded from: