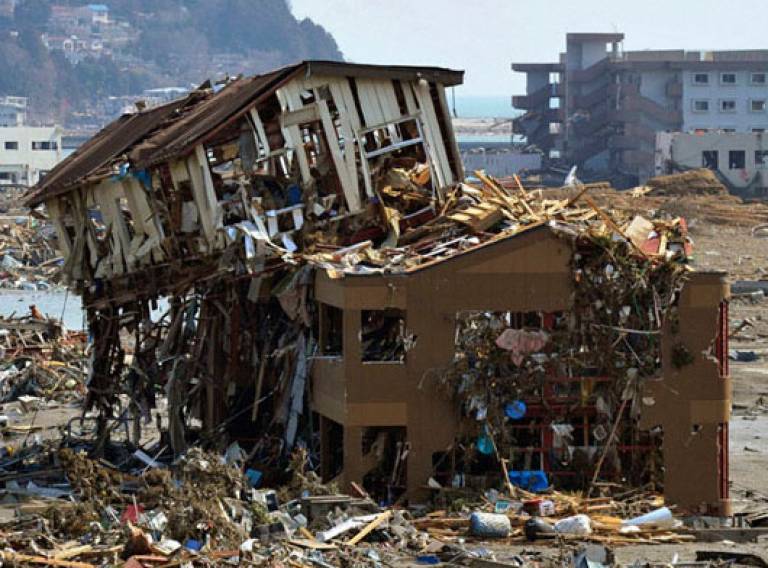 Two UCL experts assess the future of nuclear energy in the wake of events at the Fukushima power plant in Japan.

Paul Ekins, Director of Research and Professor in Energy and Environment Policy, UCL Energy Institute, discusses the impact of events in Japan on the nuclear global industry and our reliance on this form of energy.

What has happened in Japan is an extremely rare event, but lots of people in Japan and elsewhere have questioned the wisdom of building a nuclear power plant in an active seismic area, and at the moment it would seem those questions are pretty justified.

We must never forget that nuclear power is potentially a very dangerous way of generating energy (though there are industries which have killed more people on a more regular basis - not least mining coal).

There have been big accidents in the past, and we have learned lessons from them, but there have been no big nuclear accidents since Chernobyl in 1986. Obviously, that is a very good thing, however we must be careful not to get complacent.

We have to reduce our reliance on fossil fuels, and nuclear energy is one of the three big technologies that could help us do that, along with renewables and carbon capture and storage, but we must do it properly.

Undoubtedly, the popular perception of nuclear power will take a knock in the wake of this; we were reminded in 1986 and we have just been reminded again, that it can be dangerous.

We will have to wait and see how the current situation will work out to see its impact on the image of nuclear power: If there is a catastrophic meltdown, then the nuclear energy industry will not be able to maintain its new-found 'clean' image.

But if it is contained, and the reactors are successfully shut down without widespread radiation being released, then the nuclear energy industry will claim -with some justification -that even when they experienced the worst that nature could throw at them, they got through it.

It is most unlikely the disaster will spell the end for the nuclear energy industry -as we are already seeing in Germany and India, countries will review their nuclear precautions, and where they have other options, they may reconsider -but it is hard to see us getting by without it at all.

Nuclear power is a difficult and potentially dangerous form of electricity generation, and so if you don't have to go down that route, it is probably better that you don't. It is not an easy option.

Nuclear power plants have a "front-loaded" cost structure; i.e. they are relatively expensive to build but relatively inexpensive to operate. Thus, the cost of capital (i.e. the interest rate) is a major determinant of the cost of power from a nuclear plant. Most nuclear plants currently operating in developed countries were built in an era when the power generation sector was a regulated monopoly. Thus the cost of capital was relatively low, as it was backed by government guarantee. In addition, any increase in costs during construction could be clawed back from consumers in the form of higher prices arising from the full cost recovery nature of the sector pricing regime. Thus investment risk, which effectively was vested in the consumer/tax payer, was minimal and hence the cost of capital reflected this.

However, over the past couple of decades, electricity markets in many developed countries have undergone reconstruction, to various degrees, to a model that is driven by competitive forces, and thus the investment risk now falls on the generator (i.e. the private investor) rather than the consumer. In such circumstances the real cost of capital could be expected to be considerably higher than under the former regime. The incident at Fukushima simply adds to the risk premium facing potential private investors in nuclear plant thus making alternative technologies more attractive propositions. Of course, this risk could be reduced by government guarantees but this would amount to a subsidy and would therefore be in conflict with the competitive market model.

Investment in high capital cost technologies with long construction times, such as nuclear, is particularly sensitive to the cost of capital. Real rates of debt equity of 10 per cent, or above, severely compromise the viability of nuclear power yet rates lower than this are difficult to justify in the private sector given the inherent risks, such as the possibility of delays in construction timelines, uncertainty over the long-term cost of carbon, and the opportunity cost of capital.

The vast majority of nuclear power plants under construction in the world today are in countries where the power sector is either state-owned or state-controlled. The private sector appears to prefer investment in (relatively) low capital cost technologies such as gas or highly subsidised technologies such as wind. Nuclear is simply too expensive and too risky in a competitive marketplace.