28 August – 2 September. In collaboration with Bostjan Bugaric (Architectuul, Berlin) and Giulia Carabelli (Max Planck Institute for the Study of Ethnic and Religious Diversity). 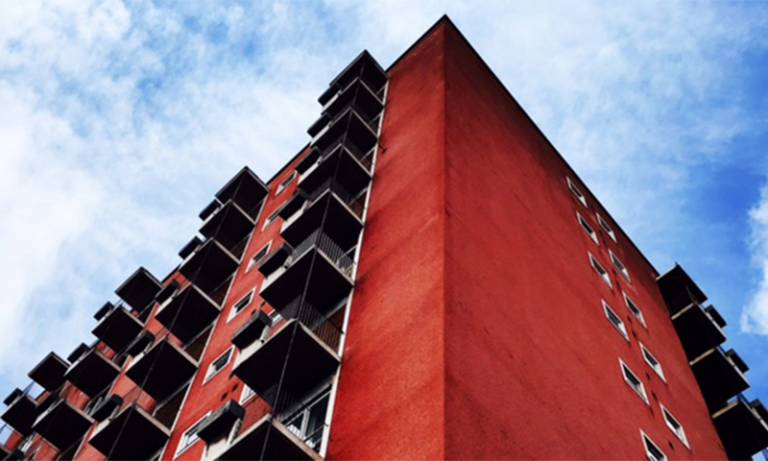 This SummerLab will reflect on how the construction and reconstruction of national borders affect the identity of frontier-cities, with a particular focus on the mechanisms of preservation vs. obliteration of urban heritage. We will host students in two cities across the Italo-Slovene border: Trieste and Koper. Set twenty kilometres apart, these two cities are different in size and nationality but share a rich history that testifies for the intense movements of people across the contemporary border.

Koper was administered by the Venetian republic, the Austro-Hungarian Empire, Italy, the Free Territory of Trieste, Yugoslavia and Slovenia. Trieste became the main port of the Austro-Hungarian Empire in the 19th century, it was reclaimed by Italy and Yugoslavia to be declared a Free Territory after the Second World War, to become Italian in 1954. Movements of people across the actual Italo-Slovene border have resulted in the mix of population, language pollinations, and architectural cross-fertilisations.

Yet, the construction of the national border dividing Italy from Yugoslavia and then Slovenia has caused the destruction of much of the cities’ shared urban heritage. In Trieste, the Slovene community gathered in the National Centre (Narodni Dom), a cultural centre built by Max Fabiani at the beginning of the 20th century, which was burnt down by Italian fascists in 1920. Rebuilt after the Second World War, it now hosts the premises of a prestigious school for interpreters and translators. Since the becoming of Trieste Italian, traces of the Slovene communities in the city have been systematically obscured as part of a clear nationalist project despite the historical multi-ethnic character of the city and the importance of many communities living there since the Austro-Hungarian empire. In Yugoslavia, Koper was rebuilt following modernist principles especially under the guidance of Edo Mihevc. His idea of renovation of the historical core of Koper followed the functionalistic dogma of Corbusier’s Paris. The new skyscrapers, built in the heart of the city, were to represent the new working class population of the socialistic city. The Italian minority was pushed out of the city, leaving vacant and abandoned places.

Participants will visit both cities to explore and survey the visible and invisible traces of the shared heritage, and map instances of their shared history in the urban space. Their task will be to excavate and uncover in a critical fashion the ways in which the urban heritage has been re-appropriated, re-fashioned and silenced. Participants will be asked to think conceptually about how urban practitioners can engage with cities to recuperate uncomfortable and conflictive, pasts as a means to tell different and more inclusive stories. How can we intervene in the curatorial practice of selecting, preserving or destroying urban heritage as a political act that creates space for accommodating what exceeds national rhetoric and discourses?

The material produced during the Lab will be presented in the city of Koper where key stakeholders from both Koper and Trieste will be invited to attend and discuss the participants’ final projects. Further, selected works from the participants will be published in the online platform Architectuul  and will be given the opportunity to join the Scout Programme, which gives a fellowship to join the Architectuul editorial team in Berlin in 2018.

The projects will be developed in partnership with the University of Primorska -The Faculty of Humanities (FHS), University of Ljubljana - The Faculty of Architecture and the Max Planck Institute for the Study of Ethnic and Religious Diversity, where Giulia Carabelli is a research fellow. Participants can stay in Koper city centre at special rates agreed with the organisers – close to the seaside and natural resources. The city of Koper is well connected and at a short distance from the airports of Trieste, Venice and Ljubljana, where budget airlines operate frequently from all over Europe.

Participants can take advantage of special rates agreed for shared accommodations in the centre of Koper where the main activities of the summerLab will take place. Visits to Trieste will be arranged and private transports provided as part of the programme.

Click here to download the application form or write to us at dpusummerlab@ucl.ac.uk to express your interest. Further information will be provided in due course. Stay tuned and follow our Facebook page for updates!

The DPU summerLab is open to all students and professionals with an interest in urban environments.

Fees
The international participation fee for each workshop is £400. The fee is discounted to £300 for: currently enrolled DPU students (2016-17), DPU alumni, and for group applications (5 people or more). Discounted fees apply for participants intending to register to multiple workshops too, please contact us for further info. Please note that these fees do not include travel or accommodation, though advice and local information will be provided. The application deadline for all workshops is Monday 3 July 2017. For more information and to apply please visit www.ucl.ac.uk/bartlett/development/programmes/summerlab or write to dpusummerlab@ucl.ac.uk
Visas

Participants are responsible for obtaining any visa they might require to which the DPU can provide proof of workshop registration if needed.

Participants will need to bring their own laptops and digital equipment. Please ensure that this equipment is covered by your own insurance as the DPU cannot take responsibility for items lost or stolen during the workshop.

The deadline for application for the 2017 series will be on Monday 3 July. The applicant will need to e-mail the form, along with a CV and a letter of motivation to dpusummerlab@ucl.ac.uk