SLURC aims to build the capacity of urban stakeholders in Sierra Leone; make urban knowledge available and accessible to those who need it; deliver world leading research. 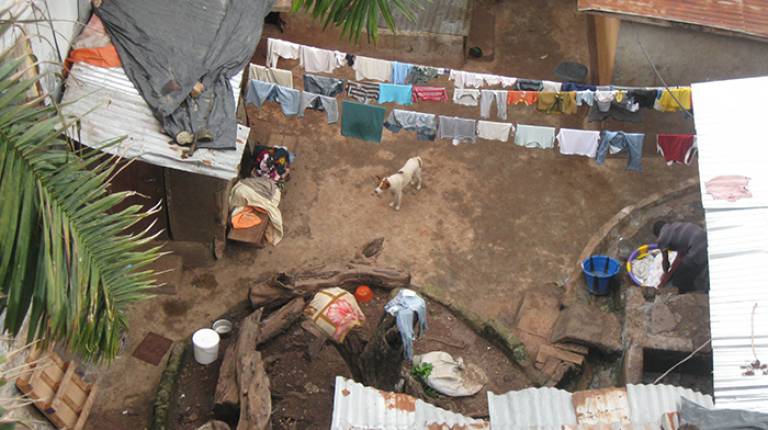 Capacities and knowledge for improving the well-being in informal settlements

The Sierra Leone Urban Research Centre (SLURC) based in Freetown is a globally connected urban research centre. It was created through a partnership between the Bartlett Development Planning Unit (University College London) and the Institute of Geography and Development Studies (Njala University), and is initially funded by a grant from Comic Relief.

View our website or our information sheet (pdf) to find out more.

For ideas, proposals, partnerships or more information, please get in touch:

Comic Relief - a UK-based international charity organisation - funds the Four Cities Initiative to address the growing challenges of slum growth in Sub-Saharan Africa. In 2012, after a scoping survey of cities across Africa, four cities were selected including Freetown (Sierra Leone).Five organisations were selected as direct implementing partners and grantees after successfully submitting proposals. These five successful grantees came together to form the “Freetown Urban Slum Initiative” or “Pull Slum Pan Pipul” Programme as a means of strengthening collaboration and maximising use of resources and creating impactful results.

The press conference can be viewed on UN TV here.

A delegation from Freetown including Sam Gibson, Mayor of Freetown, Sulaiman Parker, the Environment and Social Officer of Freetown City Council and the two co-directors of the SLURC, Dr Joseph Macarthy and Braima Koroma, attended UN Habitat III conference. The Mayor of Freetown had the opportunity to informally meet with UN Secretary General Ban Ki Moon and put the needs of cities in least developed countries on the political agenda. The delegation was also approached by the UN programme Capital Development Fund, which helps cities getting access to capital markets and bridging relationships with donors, in order to discuss municipal financ.

The SLURC newsletter is out!

The full press release can be read here (PDF)