Rapid urbanisation is placing cities of the global South at the core of the developmental agenda for the 21st century. 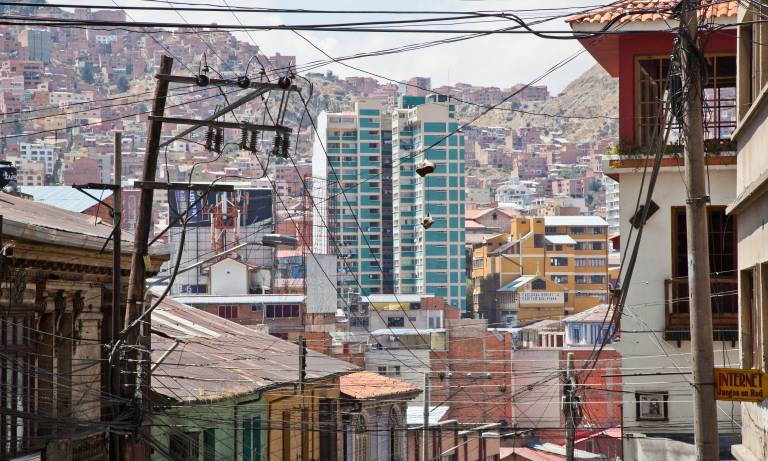 Rapid and uneven urbanization is placing cities of the global South at the core of the developmental agenda for the twenty first century. This intense transformation process presents both challenges and opportunities for thinking and acting out city futures. The extraordinary diversity in cities in the global South has led to a resurgence of identity politics and the mobilization of potentially new constituencies for development planning. This is matched by the diversification of spatial forms of organization at the city level, resulting from the ‘splintering’ of urban space and the creation of "islands of wealth in oceans of poverty" (The State of African Cities 2010, UN-Habitat).

These differentiated processes stem from, and compound, broader structural developments, including: cities' economic restructuring in the face of globalization pressures; pressing global environmental crises; restructuring states and governance relations under the pervasive influence of neo-liberal discourses and practices. These developments interact with local histories, cultures and social relations to produce highly differentiated, locally-specific patterns of urban development, urban health, urban transport, and change in a global context shaped by migration.

In this context, what can design and planning contribute to collective initiatives that seek to bring about social and spatial justice in cities of the global South? The overall project of this cluster is to tease out these multiplex urban transformation processes and to explicitly increase the room for manoeuvre for a variety of city actors to harness key levers of transformative change. The cluster focuses on the following arenas:

1. Interrogating the productions of the 'urban': How do we understand multiple forms of urban life?

How do we understand multiple forms of urban life?

2. Democratic and just urban politics: What type of urban political strategies and configurations can lead to the production of just cities?

What type of urban political strategies and configurations can lead to the production of just cities?

This question focuses on the varied political processes that contribute to urban transformation. It looks at social mobilization, resistance and collective action of oppressed groups demanding justice but also explores the roles of the state and private sector in reproducing justice and injustice in cities and urban(ising) areas. It engages with questions of urban democracy, citizenship, and governance.

What is the transformative potential of social mobilisation and contentious politics about and in the city?

Is ‘urban governance’ a co-opted framework? What are the key arenas of governance in the production of the just city?

3. Design and planning for the just city: How to advance progressive urban planning and design practices across contexts?

Continues DPU’s critique of traditional design and planning. It does so by confronting current practices with different conceptions of the just city and grounding them in a deeper understanding of the formal/informal continuum. Exploring implications for practice, this sub-cluster proposes alternative design and planning methodologies to address transformative change in cities of the global South.

To find out more about this cluster, please contact Barbara Lipietz