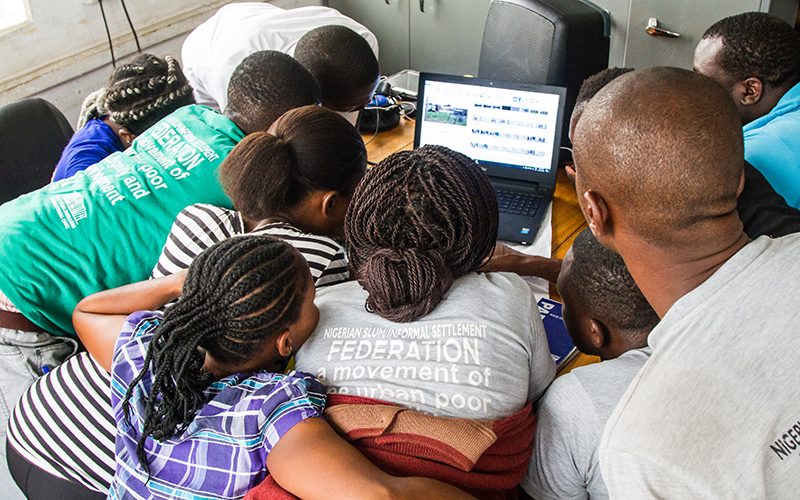 Within development organisations communication has traditionally been associated with the promotion and boosting of the institution’s public profile, disseminating outputs and facilitating information flows. However, communications and digital media can also contribute to the development process itself, a field of inquiry broadly known as communication for development and social change.

Such approaches are rooted in Freirean notions of dialogue as being a central tenet of transformative communication, and as a practice places great emphasis on the facilitation of praxis and the nurturing of critical reflection for informed action.

The DPU has been engaging in a number of workshops that have built on the existing body of literature on participatory visual and storytelling methodologies in order to explore the interface between digital media, civic participation and urban planning.

Civic urban media not only explores the interface between these three unique fields of inquiry, but also takes the communication methodology as the object of analysis in itself. Through continued workshops, the intention is to develop a DPU methodology that considers the role that media and communications can play in challenging representations of the urban poor, and to foster networks of potential citizens’ media groups who could continue to produce grassroots digital media outputs.

Responding to COVID-19 in Informal settlements through Communication Practices: Lessons towards securing the right to housing in São Paulo and Lagos 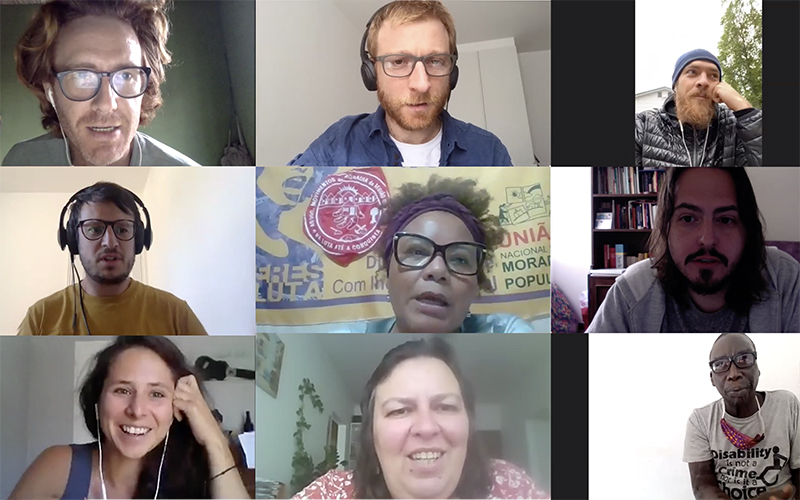 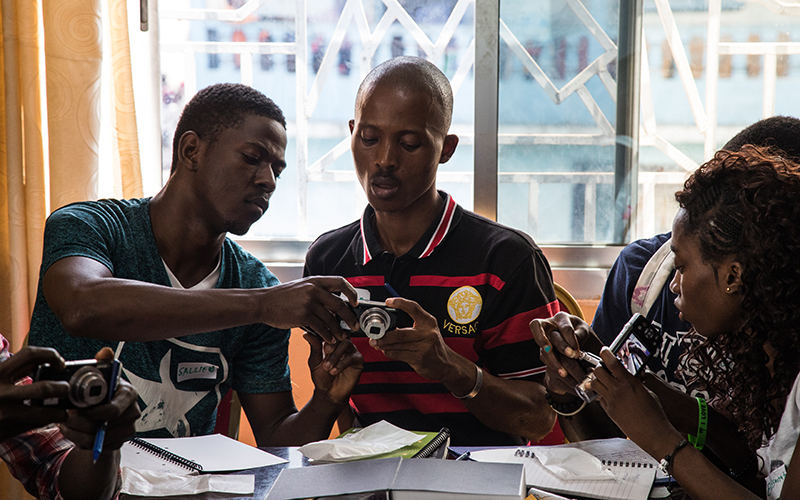 One-week workshop between DPU and SLURC that aimed to explore the interface between photography, citizens' media and urban planning.

The one-week collaborative workshop held in Freetown in February 2018 was built on the Bartlett Development Planning Unit’s recent engagements in Rio de Janeiro and Lagos that focussed on the incorporation of participatory visual methodologies into research and advocacy. Developing from the communication for development and social change (CfDSSC) field of inquiry, the workshop aimed to bring together a group of ten participants from two Freetown informal settlements, Cockle Bay and Dwarzack, in order to utilise a participatory photography (PP) methodology that could feed into the ongoing SLURC research on ‘The Role of Action Area Plans for Inclusive City-Making in Freetown’.

In order to do this, the workshop design encouraged participants to consider issues of their choosing faced by their communities, to explain the context of these issues and their impact on residents, consider both current and potential solutions, and finally to include barriers to these. This design was based on the ASF-UK CbD methodology of diagnosis, dreaming, developing and defining, whilst still remaining true to the requirements of a PP workshop. The consideration of issues at the different scales of home, neighbourhood and city is also a feature of both this workshop and the CbD methodology.

The workshop also emerged from consideration of the role that citizens’ media could play in urban planning, and how groups of citizen journalists could use photography as a tool to self-represent, tell their own narratives, recodify collective identities and interace with mainstream media discourses. 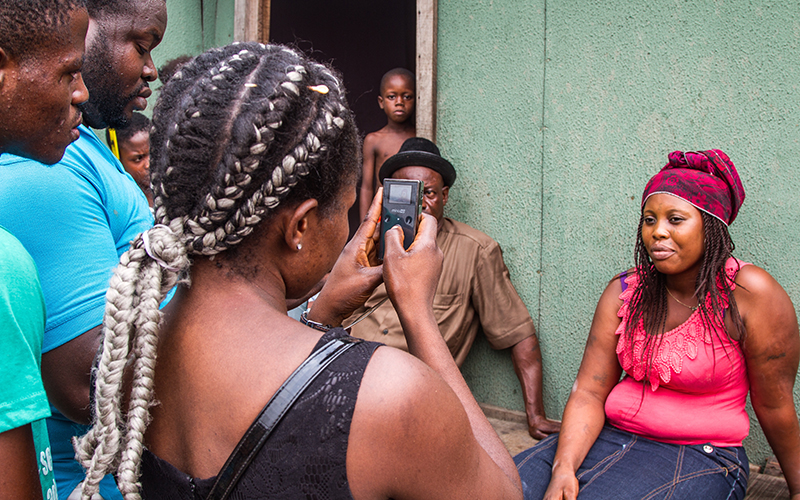 A one-week workshop with Justice & Empowerment Initiatives (JEI) in Lagos that aimed to explore the impact on well-being of the continued threat of evictions in communities on the waterfronts of Lagos. The workshop utilised participatory video as an action-learning methodology.

A video was produced in order to document the process and methodology.

We are part of you, respect our rights!
Refugee in my own city
Save the waterfront
The right to work 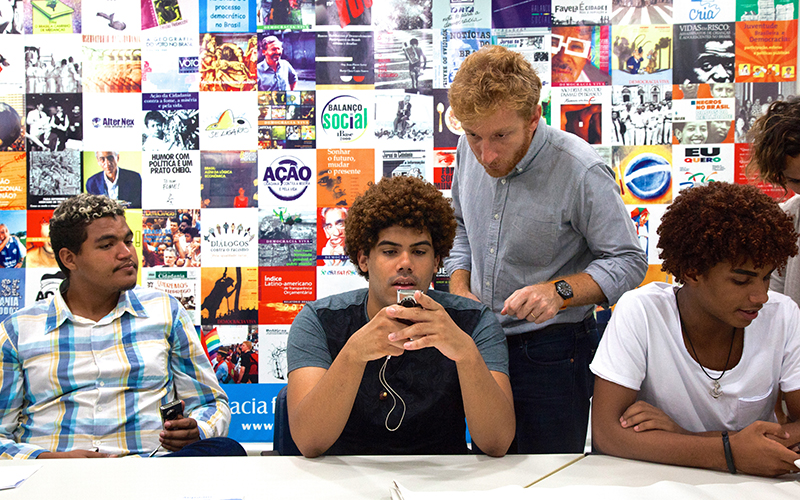 The DPU held a workshop with a small youth group from two favelas in Rio de Janeiro to explore a the urbanisation and integration of favaleas in the city and the potential legacy of the Olympic Games. Video was used as a research tool throughout the week.

DPU partner Ibase had been developing a campaign to address the legacy of the Olympics Games in Rio de Janeiro, building on its strategy of active citizenship in order to strengthen favela organisations and networks and to advocate for an inclusive, diverse, and participatory city. In 1996 Ibase put together a social agenda with the objective of discussing the potential legacy of Rio de Janeiro’s bid to host the Olympic Games. One of its key targets called for favela upgrading and integration into the city. Rio didn’t win the bid, but the social agenda gathered great support from civil society, governments and the private sector. With Rio poised to host the Olympics in the summer of 2016, Ibase revisited the debate. The DPU, represented by Alexandre Apsan Frediani (Senior Lecturer) and Alexander Macfarlane (Media & Communications Officer), joined Ibase in November 2015 in order to realise a workshop.
The workshop included the use of video as an integral part of the research process. The methodology envisaged video being used to trigger discussion amongst key stakeholders at a final workshop. Working with a group of young volunteers from the favelas of Borel and Providência, the participants were trained in basic video techniques as well as storyboarding and narrative construction. They were then given cameras and instructed to produce a short video of interviews with favela residents. The video was edited externally, though was edited through a process of discussion and reflection with the volunteers around the key themes, and structured in accordance with their storyboards.

In addition, DPU and Ibase produced a second video of interviews with social movements and governmental representatives. The short video was based around the narratives that emerged around the three issues identified. The videos were shown at a final workshop held with a range of stakeholders, including government members, favela residents, social movements, residents’ association leaders. The videos were successful in initiating dialogue, culminating in the collaborative creation of action plans based on three key themes.
The use of video during this workshop emphasised process over product. The final films are not research outputs, nor are they documentaries. The videos were used within the context of the workshop in order to engage stakeholders with the issues (that had been identified with the youth group), and to instigate discussion.

Video produced by Ibase and DPU to compliment the youth group's video in order to trigger discussion in the final workshop.