This project presents an exciting opportunity to bring into public and policy debate a discussion of how to measure the impacts of environmental risks on people living in informal settlements. 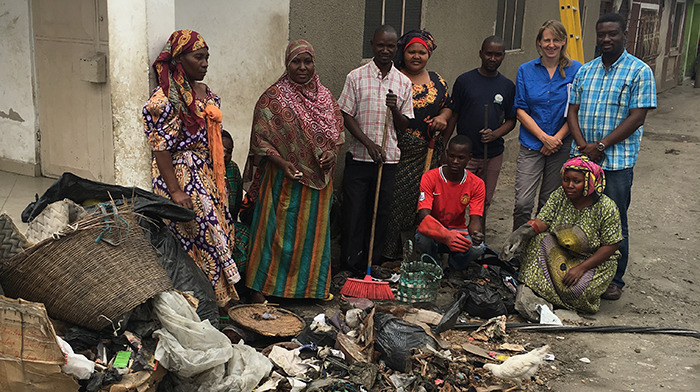 This project presents an exciting opportunity to bring into public and policy debate a discussion of how to measure the impacts of environmental risks on people living in informal settlements and how to get policy and community action on addressing these risks. A growing number of initiatives seek to help cities to measure their urban resilience (such as UN-Habitat CityRAP, UNISDR 10-Essentials, Rockefeller City Resilience Index), but typologies and indices to better understand this focus on the perspectives of local governments and the private sector and they often lack the input needed account for the perspectives of low-income people and the particular environmental burdens they face.

In order to promote risk reduction and inclusive and accountable planning, local institutions need to have a better understanding of risks and vulnerabilities to which the population in their jurisdiction are exposed to, for example every-day and small scale disasters, such as water-borne illnesses (typhoid and cholera, urinary tract infections, etc), malaria, theft and crime, localised flooding, fires, traffic accidents, etc

One way to address this is to support local initiatives to generate needed data on risks. There are many examples of detailed enumerations and surveys conducted by urban poor organisations and federations and the local NGOs that work with them. Some include collecting data on risks. The work proposed here is to support the Dar es Salaam-based Tanzanian Federation of the Urban Poor, and the NGO that supports them, the Centre for Community Initiatives, to build on the enumerations they have done to generate data on environmental risks, and to spatially map this data and to create community action plans for addressing these risks. The project will also facilitate discussions with the local authorities about the ways that local governments can invest in their areas to reduce risk.

The project aims to draw on existing studies across relevant research areas of disaster risk reduction and climate change adaptation, urban poverty and informality, and public health policy and practice, as well as collaborative field work to define practical and straightforward metrics that can be used at local levels, and integrated into existing urban resilience frameworks. The innovative nature of this project is to bring into public discussion what measurements should be used to show the realities of risks low-income people face in a way that is practical and straightforward so policy-makers can take action.

Based on these capacities, and directed by the project aims, three research questions orient the activities:

The Centre for Community Initiatives, established in 2004, is a nongovernmental organization whose objective is to help poor communities, and particularly those living in informal settlements, to obtain an improved quality of life. CCI supports the Tanzanian Urban Poor Federation (TUPF) in its community-driven development activities in Dar es Salaam, Arusha, Dodoma and Musoma. These activities include federation building, savings and loan groups, settlement enumerations, hygiene and sanitation projects, and HIV/AIDS support. TUPF currently has more than 11,000 members across the country.

The project will partner with the Disaster Management Training Centre at the Ardhi University, Tanzania. The Ardhi University is a specialist tertiary institution offering integrated training and conducting research into matters related to land, the built environment and other environmental related issues.

The project is solely funded through an award from the AXA Research Fund. The AXA Research Fund is the scientific philanthropy initiative of global insurance leader AXA dedicated to boosting scientific progress and discoveries that contribute to understand and better prepare against environmental, life and socio-economic risks.

Two informal settlements in the city of Dar es Salaam, Tanzania have been selected for this study. These are Msasani and Mtambani (in Vingunguti) and the focus of our study will be at the sub-ward (“Mtaa”) level. In both areas, there is an active Federation and support of the Mtaa. Some of the major risks have already been identified during preliminary transect walks (in September 2016) and by talking with Federation members and Mtaa executives (see field notes).

Other resources will be uploaded regularly