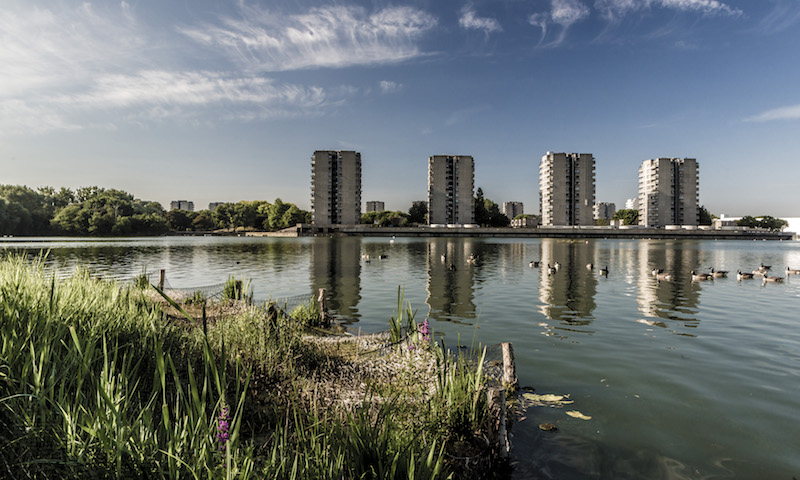 This working paper tells the story of the making, unmaking, and remaking of Thamesmead in southeast London, a major housing project intended to address the postwar housing crisis and the site of an equally major regeneration project today.

Situating Thamesmead in the context of the dominant planning regimes in Britain in the first half of the twentieth century—the Garden City, the Radiant City, and the New Town—this paper frames the area’s decline in terms of rising crime rates.

Drawing from Schubert (2016), the literature on crime and design is divided into three theoretical silos: rational actor, collective efficacy, and actor-network. There is a disproportionate focus here on the first one, embodied by Newman’s doctrine of Defensible Space which is arguably the most influential concept in environmental crime prevention to date.

The case study describes planners’ efforts to build an ambitious New Town within London that prioritized innovative design, connectivity, the integration of nature and green space, and the segregation of motorists and pedestrians.

In evaluating these features, the paper concludes that South Thamesmead’s decline was less the result of misguided efforts to “design out crime” than of the same types of miscalculations that felled housing estates throughout Britain. Current regeneration efforts in South Thamesmead offer opportunities to correct the mistakes of the past.

The paper can be downloaded here: