As an integral part of the course, MSc Environment and Sustainable Development (ESD) students undertake fieldwork in London.

The emphasis is placed on an action-learning approach, allowing students to explore and develop practical methodologies in real-life scenarios that will be later reapplied during overseas field work in terms 2 and 3.

This phase of the ES3: Environment and Sustainable Development in Practice module gives students the opportunity to learn about and investigate areas of contestation and regeneration in London which frequently feature highly on social deprivation indices nationwide.

For three years between 2008 and 2011 students worked in East Hackney, specifically exploring the impact the developments of the nearby Olympic Park constructions were having on open green spaces in and around Hackney Marshes and Wick Ward.

This has proved to be a dynamic time for the area with local masterplans, a sudden influx of money to Hackney Council, numerous citizen consultations, and the fears of local businesses, residents and users of open spaces adding to an unsettled mixture of social, political and environmental differences.

Since October 2011 students have been engaged in an action-learning platform ‘Reclaiming the Commons: Environmental Justice in Urban Open Spaces’. Focusing on specific ‘hotspots’ in London (Elephant & Castle, the City of London, Hackney Wick and Kings Cross), students have been seeking to understand the tensions arising between planning, policy and socio-environmental debates and how they are reflected in citizens’ rights to space and place in their city.

The teaching has sought to expose students to research techniques in mapping, media and interviewing/community engagement.

ESD Introduction to the Overseas Fieldwork

Trajectories of change: Land, Urbanisation and Urban Agriculture in Accra 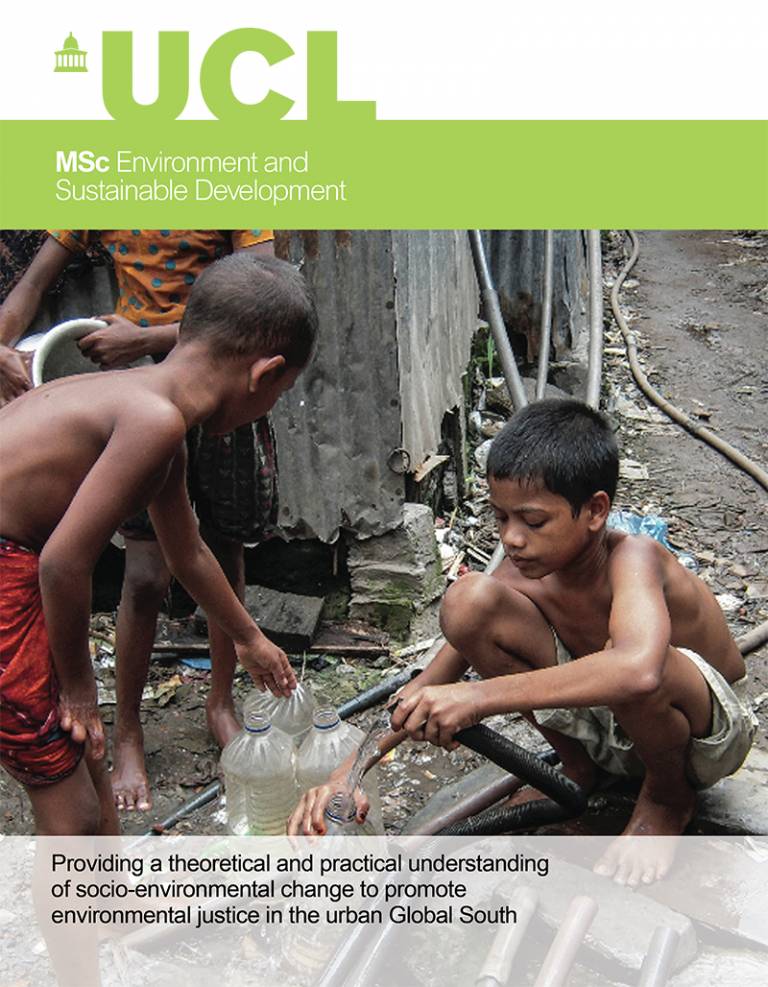