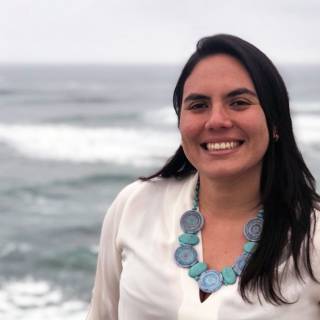 Before doing the BUDD programme, I worked in architectural and real estate firms in Peru. As my country’s economy and construction industry were booming, I felt a growing restlessness as the projects I was involved in felt detached from reality and did not respond to the increasing social and environmental inequalities and injustices. The “trickle-down” effect was nowhere in sight and there was, and still is, an enormous gap in what the state promoted as development and modernity and what diverse groups of citizens envisioned as prosperity for their futures. In a country characterized by its diversity of geographies, climates, cultures and identities; city-making continues to be marked by, on one hand, a seemingly unstoppable unique model of urban production driven and imposed by the government and, on the other, land occupations in areas that lack services and infrastructures unable to delivering rights to the city. I questioned, and continue to do so, the role of territory and space in the reproduction of inequalities and felt an urgency towards a necessary reconceptualization of planning, urban and architectural design - both as practices and pedagogies –to promote alternative modes of city making and dwelling.

The discussions and debates we shared in BUDD, both in and outside classrooms as well as during our experiences in Cambodia, gave me the opportunity to know fellow practitioners with the same restlessness and commitment towards change. These conversations continue to this day. My year at UCL expanded my questionings further, which allowed me during the years that followed to observe reality through broader, systemic, and global lenses.

The path my professional life took after completing my masters has been heavily influenced by my experiences in BUDD. I wrote my dissertation on the necessity to improve city-making practices in the production of new settlements for climate refugees, analyzing a case study in the Peruvian Amazon. That paper served as the basis for the action-research project CASA [Ciudades Auto-Sostenibles Amazónicas] | HOME [Self-Suficient Amazonian Cities] which was jointly carried out by the Pontifical Catholic University of Peru (where I currently teach) and the DPU with the participation of Camillo Boano and Giovanna Astolfo. CASA explored the points of encounter between critical pedagogies, co-production with citizens and government, and the strengthening of theoretical discourses from and for the South; specifically on Amazonian Urbanism and resettlement practices.

My collaborations with the DPU continue as we currently work together in the action-research project KNOW: Knowledge in Action Towards Urban Equality. We focus in Lima, where we explore collaborative urban planning practices towards a fairer and more resilient metropolis. Our work took a turn with the impacts of COVID-19. We are now working with soup kitchens, and the women that lead them, in the fight against the rising food insecurity felt in marginalized areas of the city. We explore ways in which these spontaneous acts of resilience can continue over time, challenging current multidimensional fragmentation of the urban (in spatial, political, and social terms) through the recognition and consolidation of sustained practices of collective care beyond responding to the current crisis.

The discomfort I felt before BUDD in my role as an architect and urbanist transformed into a reinforced commitment to continue to, collectively, explore and build paths towards reimagining our cities – how they are reshaped and governed – for the fulfilment of social, environmental, and spatial justice.