A Playground for Syrian Refugee Children in Lebanon 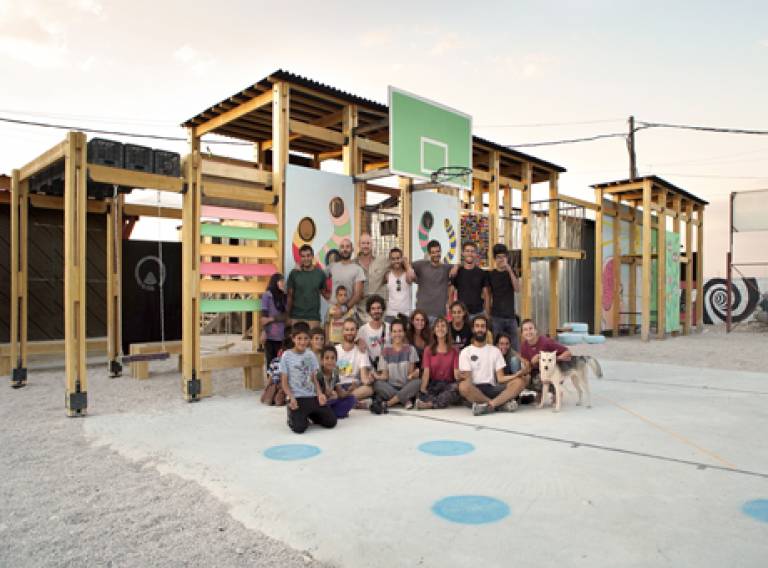 DPU Alumni have spent the last year working to build a playground for Syrian refugee children living in Bar Elias, Lebanon. Riccardo Conti, Joana Dabaj and Laura Antona, former BUDD students, have set up a not-for-profit design studio, CatalyticAction, and have completed this construction with the support of many other DPU alumni and partner organisations in Lebanon and Italy.

This project has come at a critical time with the number of Syrian refugees in Lebanon increasing the population by 25% and with over 600,000 children living in precarious situations with little international support. The team of CatalyticAction felt that it was important to focus their own relief efforts in reprioritising children within this crisis, as little is done to tackle the psychological trauma that they experience.

After several months of designing, organising, and fundraising, the playground was finally constructed this August 2015 with the help of international participants of who took part in two different design-build workshops. The playground was designed to be easily assembled, disassembled, transported, and then either re-assembled or re-purposed. It has been constructed and run within a school in an informal tented settlement in Bar Elias by the American University of Beirut Centre of Civic Engagement and Community Service and the Kayany Foundation. The playground was both designed and built with the help of the children themselves, following participatory exercises and organised activities on site.

Now complete, CatalyticAction are going to use this experience and have already started planning further international projects; working to create positive change for disadvantaged and marginalised populations.

Further information can be viewed here: