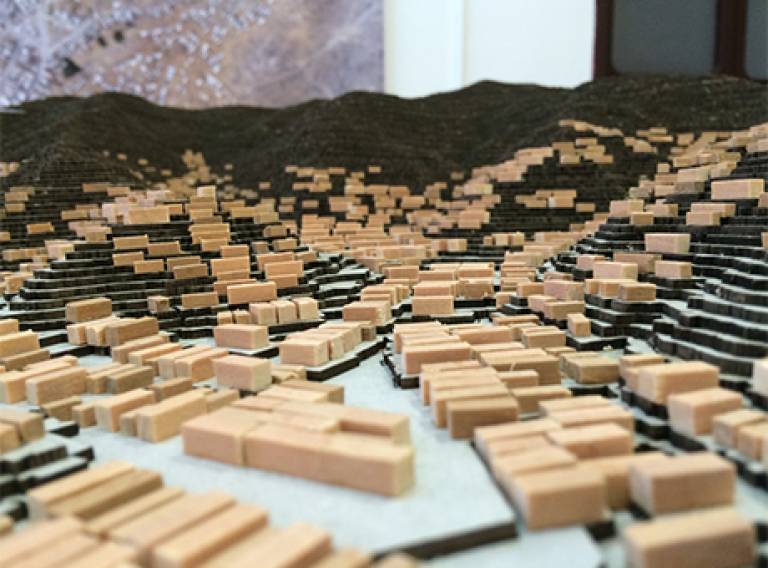 The cLIMA sin Riesgo project exhibitions have been an important channel to visualize and generate interest for having a deeper look at the urban every day and episodic risks. Now, this activity will also take place in London, hosted by the DPU and linking several activities undertaken at University College London (UCL) such as spatial analysis and visualization of the data obtained in Lima, in Barrios Altos and José Carlos Mariátegui through the Online Story Maps as well as the development of a new participatory platform for data collection and analysis at the metropolitan scale – to be announced soon. This exhibition will bring some new cLIMA sin Riesgo project findings to the public, including the analysis of risk investment flows on spatial and temporal scales. Sign up to participate in the official opening and launch of the exhibition on the 10th of November: http://bit.ly/2eUB61A

The exhibit will be installed at the DreamSpace Gallery, 3 Dufferin Street, London, EC1Y 8NA, United Kingdom where it can be visited between the 10th – 30th of November between 9:00am to 5:30pm on weekdays.