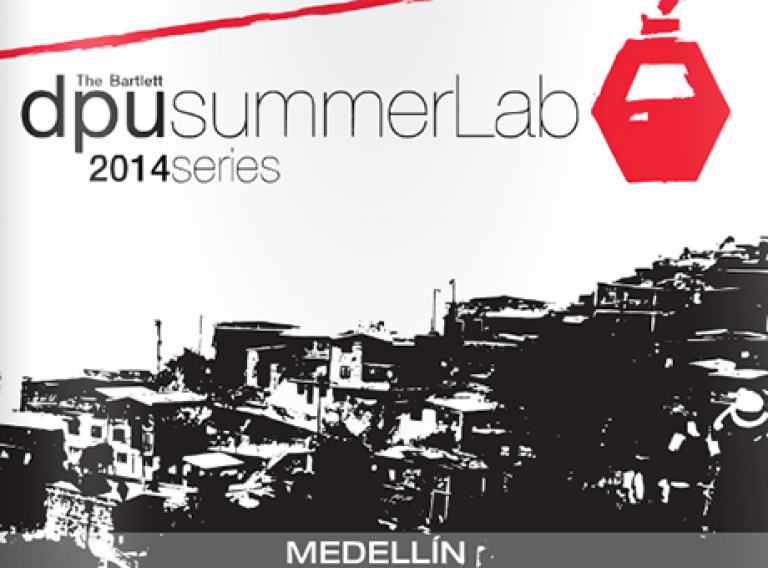 While the DPU summerLab team is working hard toward the release of the upcoming 2014 series pamphlet, our partners in Medellin have just published their report.

The report is now available for download in Spanish, and can be viewed on issuu (see below).

In a collaboration between the Development Planning Unit and the Escuela de Planificación Urbano-Regional of the Universidad Nacional de Colombia, coordinated by Catalina Ortiz Arciniégas and Caroline Newton, seven international participants joined a group of students from the Master in Urban and Regional Studies (MEUR) at Medellin Campus working for a week on the topic of "Everyday Infrastructures", that is also the core focus of the publication.

The report is divided into four sections and – after an introduction on the context, the programme and its process – it focuses on the three main sites of intervention in Medellin's Comuna 8. In so doing, it revolves around the themes of designing and 'interweaving' productive neighbourhoods. In line with the workshop’s rationale, the report aims to understand the complexity of ‘governing’ informal, self-built and self-managed contexts in constant growth, and to acknowledge the challenges that such contexts face upon the construction of new and monumental transit infrastructures. The participants’ works pursue the integration of such infrastructures with the potential for urban growth of the areas they cross, and propose a set of spatial strategies to guide a balanced densification and its participatory design.

Medellin summerLab has continued the reflection of the past year workshops series and of the 'Critical Urbanism' studio at the DPU, through a deconstruction of the notion of social urbanism discursive practices and an understanding of the aesthetics regimes of both government and grassroots.

Congratulations to the team in Medellin and thanks to everyone involved in this effective partnership that confirms the DPU summerLab's nature of fertile ground for active engagement in action-reseach and design research. Stay tuned for the release of our DPU summerLab 2014 series pamphlet in early January.