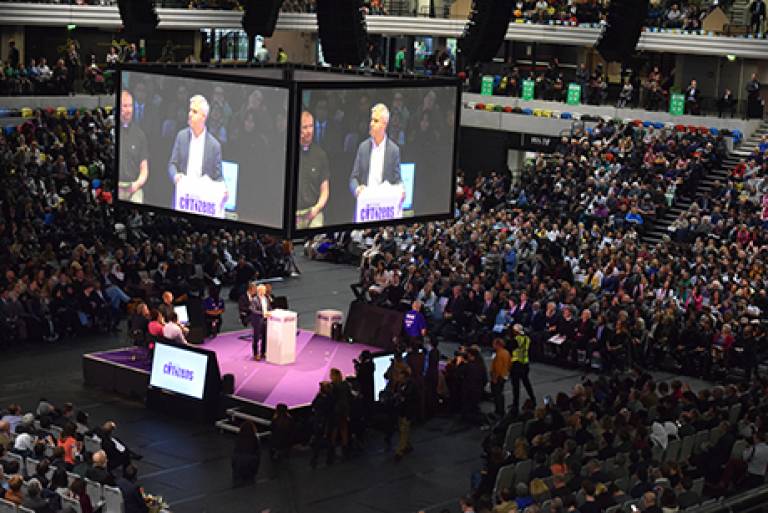 Last Thursday, more than 6,000 Londoners came together in the Copper Box Arena to asked for commitments from the two front running mayor candidates to some of the city’s key issues; immigration, housing crisis, minimum living wage and youth unemployment. The London Citizens Mayoral Election Assembly was organised by Citizens UK and it reflected a long and thorough process of listening activities reaching 350,000 Londoners of community-based organisations to understand what Londoners want and how to address these pressing issues.

As a member of Citizens UK, the Development Planning Unit conducted their own listening campaign, which was facilitated by the MSc Social Development and Practice programme, which has been working in alliance with Citizens UK for the past three years.  Moreover, between September to December 2015 the masters programme had a role in supporting the housing listening campaign of distinct groups in north London in order to identify key housing priorities and understand their housing experiences. The objective of the research had sought a more nuanced understanding of London’s housing crisis as experienced by those living, working and studying in the city. Students received training from Photovoice to conduct participatory photography workshop, in which participants took pictures of their housing situations. This pictures where first exhibited in an internal exhibition at the Bengali Workers Association in Camden and then in the Copper Box arena to illustrate people’s housing experiences. This information fed into a delegate’s assembly, where members voted and agreed on a Housing Manifesto that identified three issues; housing affordability, rogue landlords in the private sector and lack of control of residents over local development and regeneration projects. During the event candidates were questioned on these three issues and asked for commitments in other to approach them. 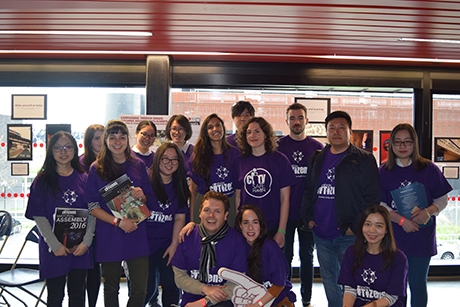 Image: Msc Social Development and Practice students in the Copper Box with the photo exhibition.

On May 5th Londoners will be choosing their new mayor, in this line the London Mayoral Assembly represents a key milestone in advancing towards a more engaged civil society, giving a space to citizens to reflect on their concerns and facilitate an avenue in which to voice these to future decision-makers and hopefully, hold the new mayor accountable during his or her period.