From Consensus to Representation: Democratic transition in the Somali Horn 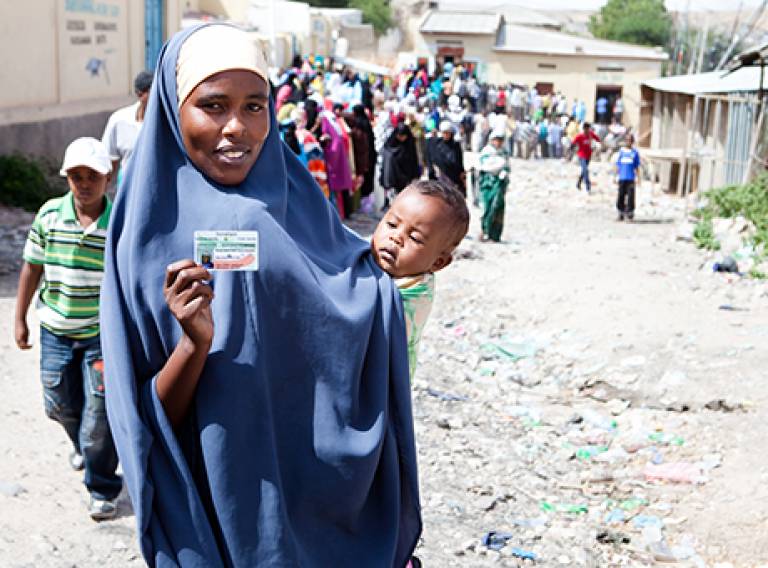 Somaliland, an unrecognised nation-state in the Horn of Africa, is under pressure to ‘democratise’. But what does this mean in practice? In his new book Dr Michael Walls examines the historical and cultural contexts that have shaped Somali society. From patriarchal, discursive politics Somaliland has arrived at a remarkably stable representative system; yet established understandings of democracy tend to ignore many of the most important features of this transition.

Transition from one form of democracy to another

“Donors insist on calling political support programmes democratisation, and it’s absurd and counter productive. For a lot of Somalis, mainly Somali men, where the tradition is discursive – it’s a pastoral system – you sit under a tree and you talk until you’ve come to an agreement on every detail.

“To say that moving from a system where every adult male has the right to sit and talk - and women have input, but not formally - to a system where you vote for someone who then goes away for five years and makes decisions on your behalf without coming back to you. That’s not democratisation. For adult men that’s a diminishment of the involvement they have in decision-making. For them it’s less of a democracy”

Concerns arise about the way development efforts technicalise processes, in this instance decision-making, without appropriate regard for culture. These concerns led Michael to produce a thorough historical account of Somali society up to the present day. He characterises what, in current discourse, tends to be referred to as the ‘political settlement’ as largely robust, contrary to allusions to Somaliland as a ‘fragile state’. Nevertheless, he notes that elements of that settlement remain delicately balanced. In other words, while Somaliland has proven itself remarkably capable of “pulling back from the brink” of conflict over the past 17 years, there are still a number of unresolved issues that might in time undermine that stability.

Somaliland has argued for recognition for a long time

On the other hand, the issue of international recognition of Somaliland as a sovereign state lies largely beyond their control. “[I]t’s tied up with geopolitics: Somaliland has argued for recognition for a long time”, but they have no major international sponsor who yet holds a compelling national interest in recognising Somaliland. The state also lacks a framework within which the Somali government in Mogadishu might extend their blessing for such status.

Precedents do exist. Other separating countries in the Horn of Africa – notably, South Sudan and Eritrea, have had such agreements with their erstwhile national governments. Further afield, in Kosovo for example, there were strong motivations for major western powers to grant unilateral recognition. Somaliland possesses none of those geopolitical conditions.

Health is an immediate problem

Beyond his own research Michael is pushing discussions within UCL on building stronger connections with institutions in the Horn of Africa. He sees the health sector as being an area of particular focus and of dire need.

The first steps were taken towards establishing a relationship in October when Michael, along with Professor Anthony Costello, the Director of the UCL Institute for Global Health, met with Puntland President Abdiweli Mohamed Ali Gas at UCL. 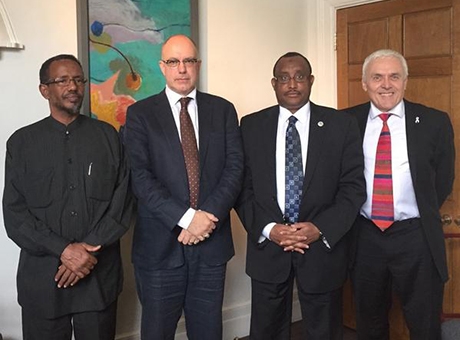 It would create an institutional commitment to the area

“It raises the profile of the Horn of Africa in UCL, it raises UCL’s profile there, and it creates the possibility that we might be able to start some modest programme there in the health sector. And that starts to create a bit of a centre of gravity in UCL for work in the Horn of Africa that is not there at the moment.”

Though different UCL departments do a lot of work in sub-Saharan Africa, there is often little crossover. Creating more spaces for collaboration between researchers working on different subjects will benefit research outcomes and increase the impact of UCL’s work on the ground.

This transition needs to happen

As for Somaliland: part of the challenge remains in changing people’s perceptions about the region and its unique culture and politics. Part depends on the success of new forms of decision-making; the forthcoming elections in 2015 will be a key moment.

“This is a transition from one kind of democracy to another. There are good reasons why that transition is necessary, and it would be much easier to support it. But don’t call it democratisation – understand that!”

A podcast of the book launch panel discussion is now available to listen to via our Mixcloud channel.