CatalyticAction are a charity that works to empower vulnerable children and their communities through participatory built interventions. They were founded by two DPU alumni, and with DPU's Dr Andrea Rigon on the board. 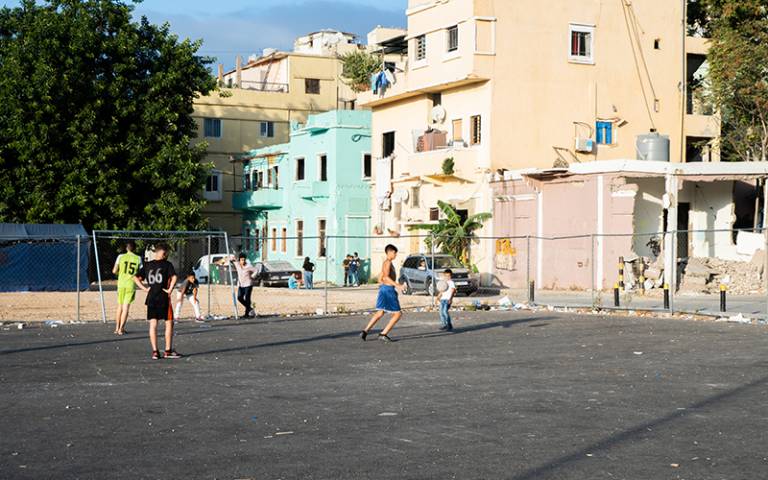 In response to the Beirut Port Explosion, CatalyticAction has launched a series of participatory spatial interventions that work with Beirut’s residents to rehabilitate damaged community infrastructure. With a focus on children and play, these projects seek to increase access to inclusive and safe public spaces.

On the 4th of August last year, Beirut was hit by an explosion that had a profound impact on the city and its residents. This was particularly evident through the city’s infrastructure, with damage from the blast amounting to 15 billion US dollars. In a city with already limited public space, this damage has disproportionately impacted poorer neighbourhoods who rely on community infrastructure such as public parks and playgrounds. 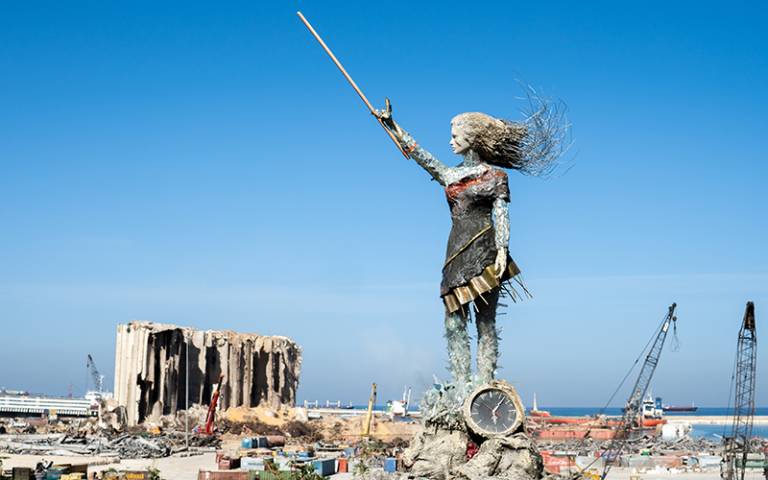 Amongst those acutely affected by the blast are children. UNICEF estimates that 100,000 children have been directly affected by the disaster, and Plan Internationalhas highlighted the urgent need for psychosocial support to address the impact the blast has had on their ‘mental health and wellbeing’. With the added burden of Covid-19, Beirut’s residents are increasingly aware of both the need for, yet lack of public space.

CatalyticAction has initiated a series of participatory spatial interventions that work with Beirut’s residents to address the damage from the blast and the absence of much needed public space. Using methods of co-design and community engagement, this participatory approach seeks to ensure that Beirut’s rehabilitation process reflects the needs and desires of its residents.

The below projects are being carried out in the areas of Karantina, Mar Mikhael, Kaskas, Basta and Ghobeiry

CatalyticAction is rehabilitating the Karantina Public Garden that was damaged by the Beirut Port Blast. The project called Kan Ya Makan (once upon a time) uses storytelling, art, drawing and building to engage children and their community in the design of their new public space. Through these workshops, children have had the opportunity to respond to the crisis that’s affected their neighbourhood by creating a space of safety, comfort and security.

After a positive response to the Karantina Public Garden rehabilitation, CatalyticAction partnered with Himaya NGO, TDH Italy and UNICEF to improve access to public space by rehabilitating some of Beirut’s existing but neglected parks. These include the parks in Karm Al-Aris, Kaskas and Ghobeiry. With simple improvements such as access ramps, bathrooms, shaded elements, seating and play structures they aim to make these public spaces more inclusive for children across Beirut.

In Beirut the city staircases aren’t just functional, they also provide a place for residents to socialise, rest and attend events. The explosion physically damaged many of these important spaces of social interaction. CatalyticAction and UN-Habitat have embarked on a project to rehabilitate these damaged staircases in the neighbourhoods of Mar Mikhael and Gemmayze. By fixing physical damages, improving accessibility and enhancing social activity this project seeks to aid the process of recovery and facilitate a conversation around the importance of community participation and public space.

“We believe that children have a right to feel safe, to play and to have a voice in the recovery of Beirut. They urgently need a safe place for which they can feel a sense of ownership

Parks need to be prettier, more exciting and attractive to the children and youth. Compared to the built environment around it that is very demotivating and crowded

With dialogue around rehabilitation and public space at its height in Beirut, now is the time to create space and impetus for change. CatalyticAction believes that community participation is pivotal to this process.