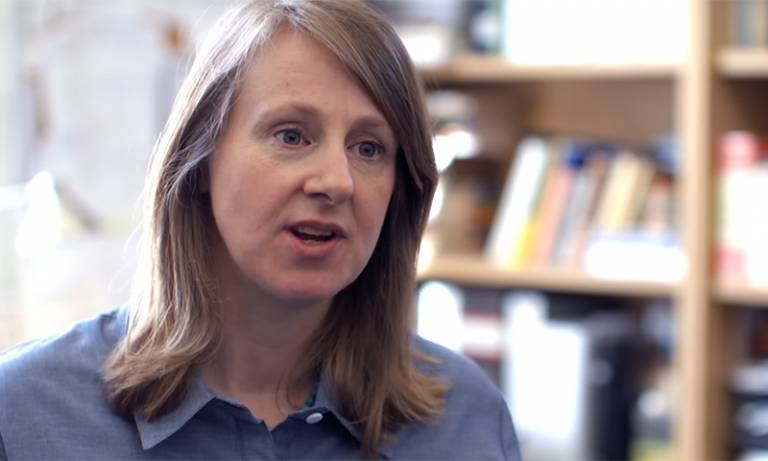 The DPU’s Cassidy Johnson is undertaking a research project with AXA Research Fund and National Geographic that aims to bring into public and policy debate a discussion of how to measure the impacts of environmental risks on people living in informal settlements, and how to get policy and community action on addressing these risks.

A series of videos have been produced as project outputs, the first of which explores the future of global city growth and urban landscape development to help build resilient cities.

The global population is rising. In 1950 there were 700 million people on earth, and it is predicted that by 2050 this number will rise to over 6 billion. City populations are expanding ever faster with people arriving for economic opportunities, but few consider the risks they face. Cities are expanding beyond their original boundaries and people are now living in areas that are more exposed to some kinds of natural hazards.

In the film Cassidy explains how data is key to understanding risk in growing cities. In particular, her research looks at 'Metrics and measurement for urban resilience', helping to understand who is in an area and what their vulnerabilities are. This in turn allows Governments and planners to build the infrastructure needed to support them.

Awareness is key to making the right decisions and populations, governments and private organisations can change the way they act on a daily basis.

Over population in cities is not an inevitable outcome. Understanding risk and planning for growth will help plan city development and it's infrastructure and help build resilient cities.