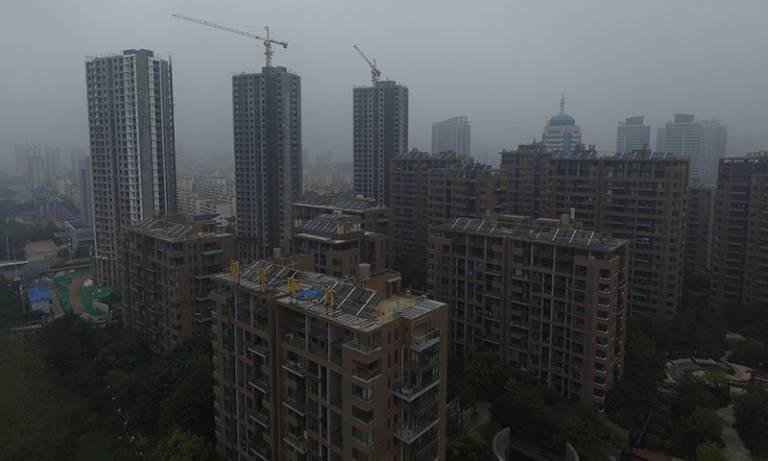 At her recent PhD viva, Linda Westman successfully argued that the increasing role of governance networks in formulating and delivering climate mitigation policy in China should be seen in a light where participation is only open to actors with political-economic resources or technical expertise, because of enduring techno-economic rationalities that condition practices and activities of political actors in China.

Her thesis situates China in the global shift from government to governance that has occurred in international environmental politics over the past decades. She explores how this shift is expressed by studying the role of municipal authorities and non-state actors in local climate action, as well as the way in which policy networks and climate partnerships are produced in this political system. Focusing on the city of Rizhao provides an opportunity to generate detailed information on urban environmental policy making mechanisms and governance modes involved in realizing urban energy saving and emission reductions. In addition, a comparative study of 150 urban climate initiatives provides broader insights into urban climate governance trends, including different roles of actors in urban climate action and the form and function of climate partnerships.

Her results contribute to previous research that points to a trend of increasing interaction between public and non-state actors in policy making processes in China. However, she highlights previously unexplored dimensions of decision making in networks, such as conflict, balance of power, and the structure of the political economy. The empirical material demonstrates that urban planning processes are shaped by political-economic elites, that planning arrangements protect status quo, and that they thereby reproduce trajectories of high carbon growth.

She also contributes to academic debates on China’s transition to a modern environmental state, which is argued to cause an increasing diversity of actors and steering strategies involved in environmental policy. The empirical material of her thesis demonstrates that local authorities use a mixture of climate governance modes to support emission reduction activities, including regulative approaches, as well as provision, and enabling. However, these governance modes are characterized by aspects that are endemic to China’s political system. She also shows that urban climate partnerships are common, and that they are led by both public and non-state actors. Partnerships vary in form and perform a variety of functions, including rule setting, service provision, technology development, and information dissemination. Further, partnerships formed by local authorities and companies with foreign organisations and academia contribute to introduction of new technology and policy practices.

In conclusion, the formulation and delivery of climate mitigation policy in China relies on cross-sector, cross-border interactions. However, entry and participation in these networks remains selective and dependent on conforming to techno-economic rationalities that dominate Chinese urban environmental politics and condition the possibilities for change.