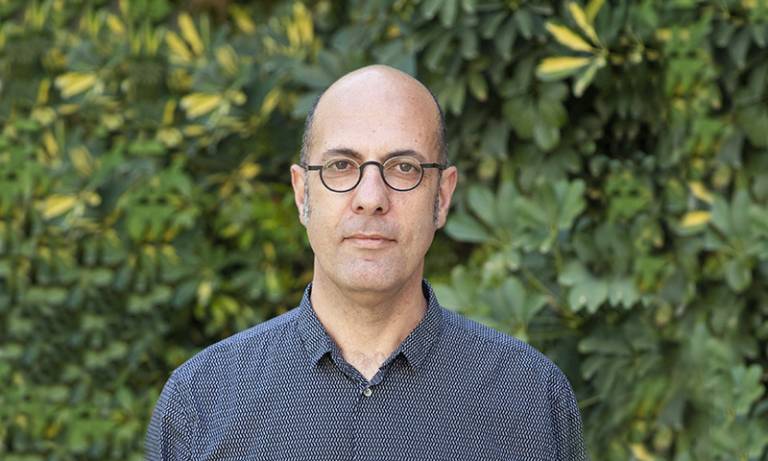 The DPU is delighted to welcome Prof. Haim Yacobi as our newest member of academic staff. His title is Professor of Development Planning and he will lead DPU's efforts around urban health.

Haim Yacobi is an architect who specialises in critical urban studies and urban health. His familiarity with the DPU goes back to 1997, when he graduated from the Msc in Housing in Development with an overall distinction and with the support of the British Council Chevening Award. His academic work focuses on (post)colonial architecture, planning and development in Israel\Palestine, the Middle East and Africa. Spatial justice and urban health, contested urbanism, transnational migration and informality are in the core of his research and consultancy work, teaching and activism.

Yacobi’s research is interdisciplinary, backed by theoretical knowledge from diverse fields such as development, urban studies and geography. Yacobi’s work has been published in some of the leading international journals, and in monographs and several edited books. In 1999 he formulated the idea of establishing “Bimkom – Planners for Planning Rights“ an NGO that deals with human rights and planning in Israel and was its co-founder. At the DPU he leads an interdisciplinary research and teaching programme with a focus on urban health.

Between 2006-2007 Yacobi was a Fulbright Post-doctorate fellow at the Center for Middle Eastern Studies, University of California, Berkeley, and then he joined the Department of Politics and Government at BGU. For the years 2010-2012 he received a Marie Curie Grant which has enabled him to work at Cambridge University, where he leaded a research project that dealt with contested cities (such as Jerusalem, Belfast, Mostar) shaped by ethno-national conflicts. This project aimed to fill the empirical and theoretical lacuna in the existing body of knowledge by offering a new perspective about the relationships between a geopolitical macro analysis and a micro study of colonial development planning, highlighting the urban geography of race and social difference.

In recent years he has also became familiar with the growing body of knowledge on urban health. His interest in this field was expressed in his academic and consultancy work, focusing on the relationship between planning and human rights, including the right to health, among the Bedouin community in the Negev. Urban health policy was also central in his pioneering research on African asylum seekers in Israel, where he has critically analyzed the ways in which the creation of linkages between the African refugees' origin and the fear of infectious diseases (Tuberculosis and AIDS) was central in the racialization of urban space in Israel.  A central theme of his current research on the role of development experts in Africa, examines Israel’s medical geographies in the Continent. Critical analysis of medical intervention through planning, constructing and operating medical facilities such as hospitals, clinics and relief centers in Africa, unveils the ways in which foreign policy, international trade and global economy are used by nations in order to construct a geopolitical imagination of themselves.

Yacobi’s approach to urban health is based on understanding how history, power and structural inequalities (class, gender, race, age) interact to produce urban health disparities. His view is the study of urban health and the development of interventions in any urban context should look at the effects of urbanization on both physical and mental health and consider the role of urban forms and policies as foundation causes of racial and ethnic inequalities in health. His approach to urban health is contextual, referring to the interface between specific urban elements (such as housing, transportation, food supply, crime, infrastructure and environmental hazards) and their effect on the health of individuals and communities in cities.

Milner, E, and Yacobi, H., (2017). "Spaces of Sovereignty: A tale of an unrecognized Palestinian village in Israel". Planning Theory, 1-17

Braier M and Yacobi H (2017). “The Planned, the Unplanned and the Hyper-planned: dwelling in contemporary Jerusalem”, Planning Theory and Practice 109-124