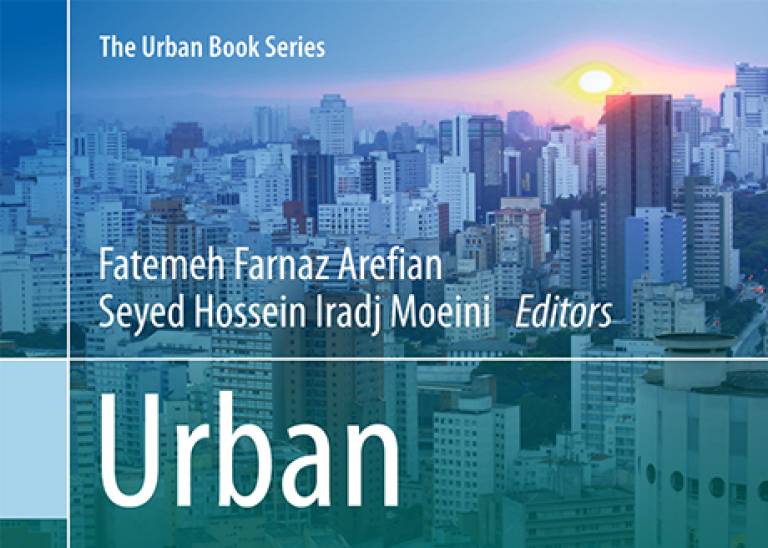 The book 'Urban Change in Iran' is now published. The book is based on updated versions of excerpts from the conference, hosted by DPU/UCL, that led to the start of the 'Silk Cities' initiative. The book foreword is written by Prof Yves Cabannes.

This book, investigates various aspects of contemporary Iranian urbanism. The topics covered range from the impacts of political developments on the cities’ rapid socio-economic developments, to the cities’ troubled relationship with the country’s built-environment history and their frequently ill-managed exposure to Western notions of development and globalisation. Last but not least, the country’s vulnerability to natural disasters in an age of increasing urban-population densification is also considered.

Alongside more theoretically and artistically oriented debates, the book’s individual contributions turn their attention to the now much higher proportion of urban dwellers in the country’s rising population. It also discusses the policies designed in response to these demographic moves, including those to develop new towns, find housing for the excess population in existing cities, renovate historic buildings and create new public spaces. The practice-policy oriented contributions also include those concerning the country’s responses to natural disasters.

Please find the following link to the book flyer, table of contents and other links to the story behind it. http://www.springer.com/us/book/9783319261133