The Sierra Leone Urban Research Centre (SLURC) was formally launched on Wednesday 27th January 2016 at the SLURC Office in Freetown, Sierra Leone. The Centre is intended to produce useful knowledge on urban informal settlements and to build the capacity of urban actors working in communities to improve the well being of informal settlement dwellers. SLURC is a globally connected urban research centre created through a partnership between the Institute of Geography and Development Studies (Njala University) and the Bartlett Development Planning Unit (University College London). It is initially funded by Comic Relief for a period of three years.

The launch brought together Global Urban Experts, professionals, academics, government authorities, media, and the private sector to exchange and share experiences on socially just and sustainable urban development pathway for Sierra Leone, emphasising the value of partnership and collaboration with people already working in the sector. The DPU was represented by Alex Frediani and Andrea Rigon as co-investigators of the centre, as well as Michael Walls as a member of the international advisory board of the SLURC representing UCL. 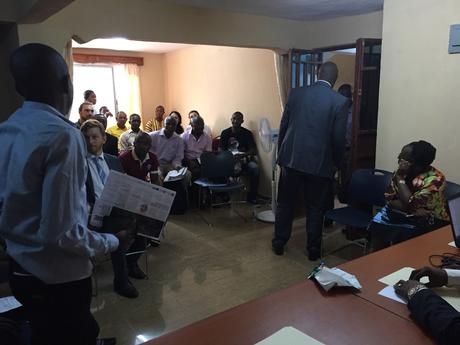 The event also highlighted the importance of advocacy and people centred knowledge production and the strong desire for SLURC to become a platform to facilitate collaboration between NGOs, private sector, city authorities, government, and universities. Community groups also saw the SLURC as an opportunity to coordinate activities. It is hoped that through SLURC, a culture of collaboration and knowledge co-production will be achieved. 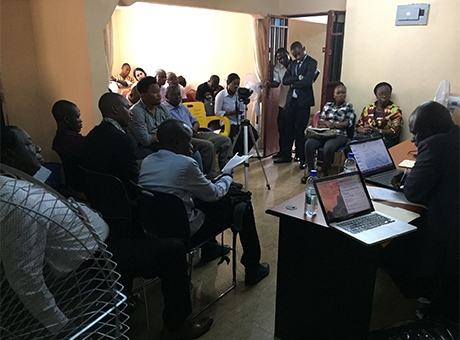 To follow up further activities of SLURC, check out the project’s dedicated microsite: