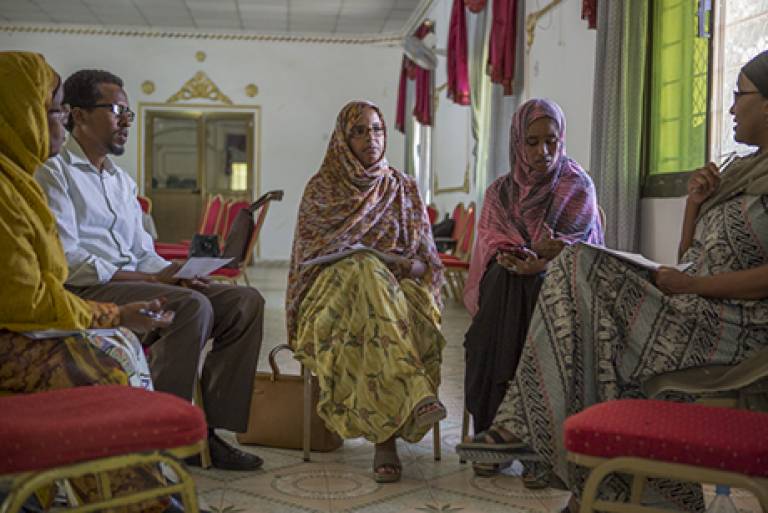 The ongoing Political Settlement in Somaliland: A Gendered Perspective research, led by the DPU’s Michael Walls, has launched a microsite to present the research, and to share its developments and outputs produced during the lifetime of the project.

It is thus critical that policy makers understand both specific settlements and their gender dimensions, so that development interventions can be designed in a way that works within and on them to enhance equitable and consequently more sustainable development. This would reduce the risks and impact of violence and instability, increasing the effectiveness of interventions in fragile states. This project focuses on Somaliland as an excellent case for analysis of power relationships between formal and informal actors in a relatively stable environment, but with strong applicability across a wider area: the Somali Horn of Africa, and with insights that are also useful elsewhere.

The microsite will be regularly updated with progress reports and other outputs from the project.