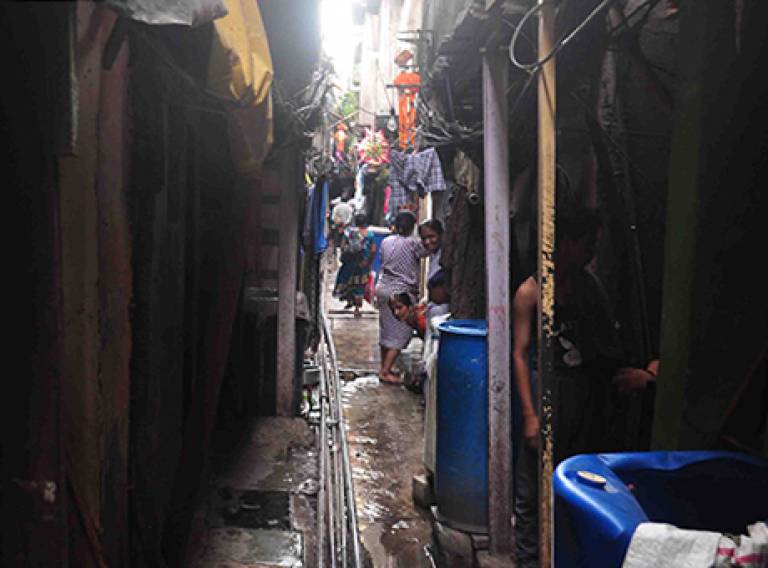 The ‘Indefensible Space’ microsite has been launched to present the research, and to share its developments and outputs produced during the lifetime of the project.

The research, led by Caren Levy in partnership with David Osrin (UCL Institute for Global Health) and Nayreen Daruwalla (Society for Nutrition, Education and Health Action (SNEHA), is set in the context of Dharavi in Mumbai, one of the world’s most visible informal settlements. With an estimated population of 750,000, Dharavi exemplifies the strengths and weaknesses of a housing solution for the urban poor.

The aim of this project is to highlight the problems and strategies related to gender-based violence faced by women in slums because of lack of secure and dignified access to toilets. This can be either because they have to relieve themselves in public in the absence of toilets, or because the location, physical access or design of communal toilets is insecure. This situation is often under-recognised by health professionals and by engineers, planners and designers.

1. A literature review on the topic of gender-based violence and sanitation.

2. The production of a participatory film exploring the issues of gender-based violence and sanitation.

3. A screening and event at the Dharavi Biennale.

4. A colloquium at UCL, London at which the film was screened.