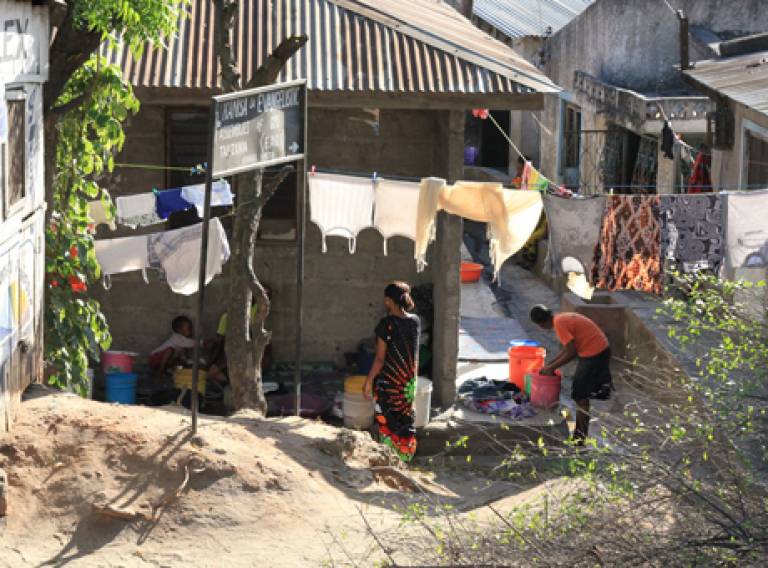 We are continuing our tradition of research in the peri-urban interface through several new initiatives, including some seed-funding recently awarded by the International Social Sciences Research Council. In the context of urbanisation and urban growth peri-urban areas pose particular challenges. They are dynamic and exist in a state of flux. They often become a focal point of urban-rural interactions as cities expand outwards. City authorities must respond to and plan for their expanding cities. The DPU has a history of working on issues such as governance and infrastructure and services in the peri-urban interface (PUI), which is being substantiated by recent work.

Pascale Hofmann, a Lecturer at the DPU and EngD candidate at UCL, has been working on peri-urban issues for a number of years. “I think the PUI characterises the term urbanisation without infrastructure. Because cities in the global south are growing so fast, the utilities cannot keep up,” she says, in reference to previous DPU work, on Governance of Water and Sanitation Services for the Peri-urban Poor. This comparative study took place between 2003 and 2006 and focused on five metropolitan areas: Cairo, Caracas, Chennai, Dar es Salaam and Mexico City.

The DPU has recently won some seed funding to begin a deeper exploration into alternative practices in peri-urban areas. The project, led by Professor Adriana Allen, is entitled ‘Translocal learning for Water Justice: Peri-urban pathways in India, Tanzania and Bolivia’. It will establish a trans-local knowledge network, in partnership with an academic and a non-academic partner in each city. The network will be the basis for developing a full proposal that hopes to examine two sites from each city in detail, in order to explore alternative practices at work and their potential capacity for water justice.

Previous DPU research found that where formal infrastructure networks were absent, a series of innovative alternatives were at play – practices that resulted out of people’s needs. These included private and community boreholes, small-scale water providers, and community-managed water kiosks. This highlighted the needs-driven practices at play where policy-driven approaches were lacking. 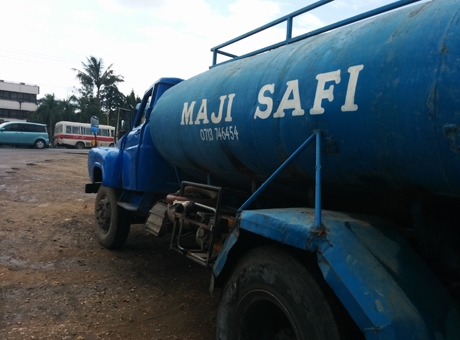 Pascale stresses that a clear understanding of the peri-urban sees it “not in terms of a static physical space, but in terms of the characteristics. A place where rural and urban flows collide.” Peri-urban dwellers are made up of those who have left or been pushed out from central areas of the city, rural-urban migrants, or rural dwellers who have been incorporated into the city due to urban expansion.

Though residents do not necessarily live on the periphery spatially, “there is often confusion about what it means – is it the periphery, is it slum areas? – There is no agreement on how the term ‘peri-urban’ is used and what it stands for. So I don’t think it is something yet that is part of city planning.”

“You have the urban local authorities – and then you have the rural. So administratively and institutionally they still work with an urban-rural divide”. Overlapping jurisdictions create confusion around certain responsibilities, particularly the provision of services. This is something that makes the peri-urban difficult to quantify in city data-sets, which falter on the question: where does the city end and the rural begin?

DPU staff are also currently producing a topic guide for the UK Department for International Development on urban-rural linkages aimed at infrastructure advisors. The guide discusses practices that create development that is mututally beneficial in both the urban and rural contexts. DFID’s increased focus of urban and peri-urban issues in recent years is particularly welcome – it is predicted that a lot of future urban growth will occur in peri-urban areas of larger cities, and in small and medium urban centres.

Part of Pascale’s doctoral research, which focuses on trajectories of urban water poverty, examines urban water poverty issues in urban and peri-urban sites in Dar es Salaam. She is hopeful that over the next few years her work can shed light on a key question: “How can approaches and solutions that are really fit for these contexts be incorporated in practice?”

Exploring how to integrate the administration and development of areas where urban and rural contexts converge is an essential part of planning for growing cities in the future.