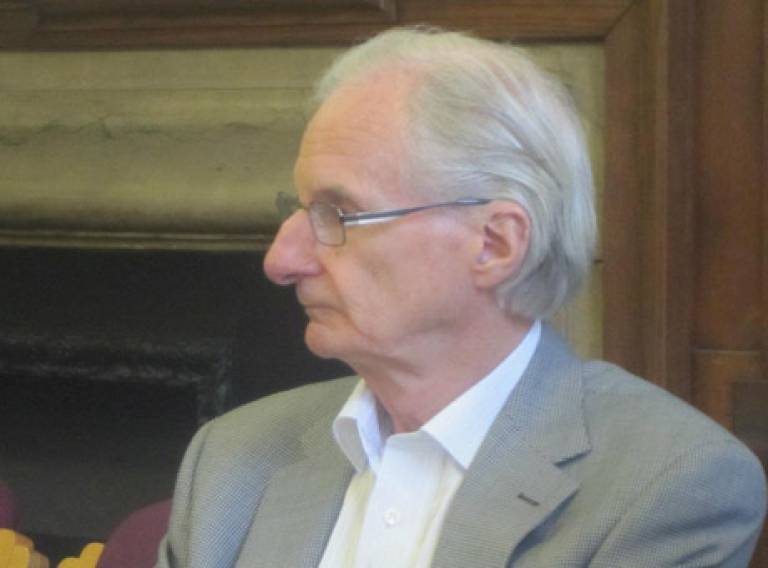 Following an inspiring life fully committed to the promotion of land reform, social justice, legal education and institutional modernisation in developing and urbanising countries, Professor Patrick McAuslan passed away on Saturday 11 January, after a short illness. Through his inseparable academic and policy-making work, he left a unique legacy.

A landmark figure, he was widely recognised as a pioneer and world expert in the fields of law and development; land law; law reform; sustainable development; poverty alleviation; and planning law, initially within a postcolonial African and Asian context and gradually in other parts of the world. He was the founding father of a growing and increasingly influential field of Public Law, namely, Urban Law.

Professor McAuslan studied at Oxford University, was Professor of Urban Management at the DPU (1992-99) and later became an active member of DPU-Associates. He was a member of the group that established the first African Law School in Dar es Salaam, in 1961, where he taught for five years. He also taught at the LSE, Warwick and Birkbeck, where he was instrumental in the establishment of the School of Law in 1993.

He left a solid body of groundbreaking work: Law, land and planning; The ideologies of planning law; Land policy for the urban poor; Urban land and shelter for the poor; Bringing the law back in: Essays on Land, Law and Development; and Land Law Reform in East Africa: Traditional or Transformative?; as well as countless articles.

For over 50 years, he also had an active policy-making career working in different capacities for several international organisations and national governments. Among other positions, he was Land Management Co-ordinator at UN-Habitat’s Urban Management Programme in Nairobi (1990-93), as well as regularly acting as an advisor for, among others, the UN, the World Bank, the European Union and DfID. He visited over 35 countries to carry out advisory missions, often in precarious and even dangerous conditions. His reports and proposals for new laws and policies effectively contributed to legal and institutional reform in many of those, and he was made an MBE by the British Government in recognition of his contribution.

He is survived by his wife Dorrette, daughter Fiona and a grandson.

He will be missed.