Mapping Relationships between Food Safety and Environmental Hazards in Nairobi 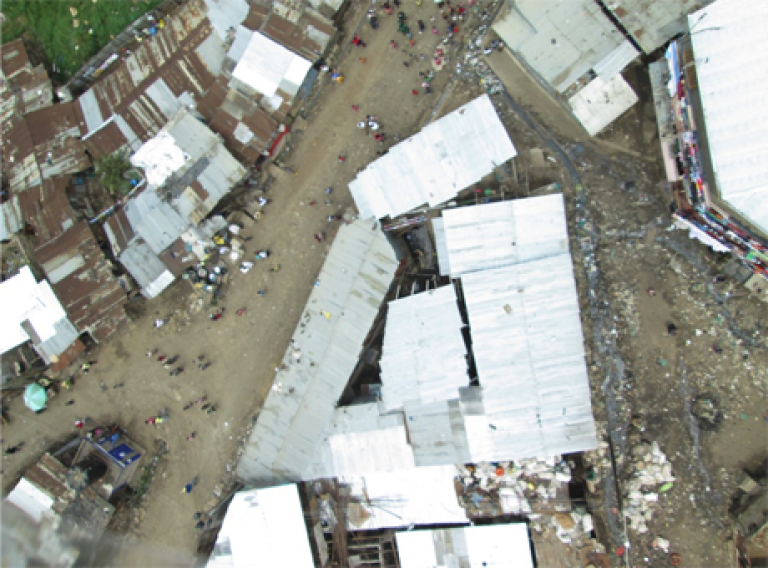 The collaborative Urban Zoonoses research, which seeks to better understand the relationship between urbanisation and the spread of disease vectors in sub-saharan Africa has been gathering momentum. Recently Sohel Ahmed made a field visit to Nairobi, Kenya to document how the location of the activities of street vendors contributes to access to food for local residents/consumers, but can result in inadequate food safety (and at times limited access) because of their exposure and proximity to environmental hazards. Funded by IIED (the International Institute for Environment and Development), the project has been conducted with the Muungano wa Wanavijiji, a federation of Kenyan slum-dwellers' associations, and with the local NGO Muungano Support Trust(MuST) in three informal settlements of Nairobi i.e. Mathere, Kibera and Mukuru.

The main output of the project will produce detailed mapping of food systems within the settlements, including the locations of food vendors as well as that of any other food production (for example livestock/chicken/rabbit keeping etc), in relation to other land-uses and infrastructure services, patterns of use by costumers (types of foods purchased and times); and of the sources of environmental hazards (for example, open sewage, waste dumpsites, roaming animals, flooding, etc). Thus, to understand the contested space within which street vendors operate and its physical constraints, the project used participatory community-led mapping techniques where Focus group discussions (FGDs) were coupled with cognitive mapping, and digital and paper mapping tools were also used along the transect walks (e.g. balloon mapping and  participant observation using paper maps and mobile phone apps). He and members of Muungano Support Trust, the local NGO that supports the slum-dweller federation have now co-authored a policy paper describing the methodology/tools that has been used, emerging policy pointers, and the initial reflection expressed by the communities involved.

There are signs that this study is gathering quite a momentum as MuST managed to get in touch with the County Government there after the project started, and they are to try out a PP based solid waste collection effort in one Mathere village in conjunction with the Federation and the Youth group. Potential partners from other African countries (e.g. Zambia, DFID) are trying to make collaboration with the team there as well. The team is also set to discuss this briefing paper along with other project findings (emerging from works in Mukuru and Kibera) in a Parliamentary Committee in Kenya very soon. In those other settlements, the communities are also forming food vendors association (FVA) like the one in Mathere which can make a big difference and can help in making the impact of the project sustained for longer.

Watch a Kenyan television news clip about the project.

A project consultant from UNESCO, Nairobi also highlighted this in Nairobi news: http://nairobinews.nation.co.ke/project-to-map-out-food-hygiene-in-slums-crucial/