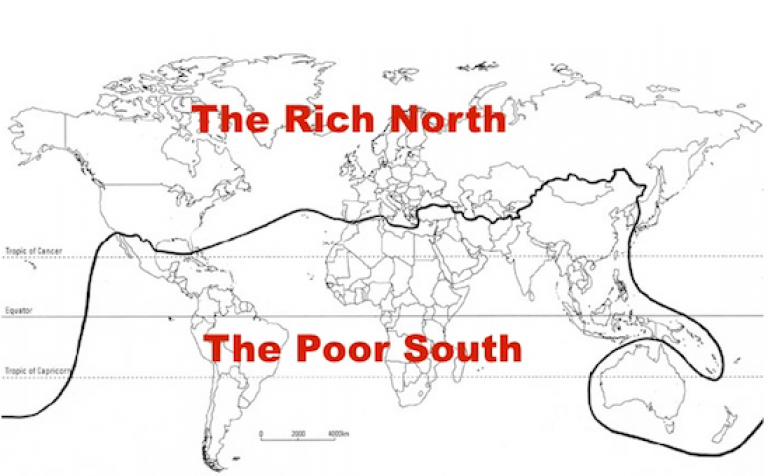 The Development Planning Unit is critically reflecting on a dominant theme in both its own practice and within current development planning and practice. It is engaging in this process by convening a panel discussion, which took place at the Royal Geographical Society Annual Conference in London on 30 August 2013) and commissioning a video featuring the DPU in conversation with key actors in the debate, that can be widely disseminated (see below).

The notion of the ‘urban global south’ has made a rapid career in contemporary debates about urbanisation, development and globalisation. It is also, however, facing increasing scepticism. Are we running the risk of aborting a powerful concept before its capacity to rexoginenate planning debates has been fully explored? If we agree with Ananya Roy that planning is both the ‘face of power and order’ and ‘social struggle’ in urbanisation processes, what possibilities does the notion of the ‘urban global south’ open for thinking and acting upon cities?

Within these series of  videos, we would like to question what invoking the ‘urban global south’ involves as a progressive critique of contemporary forms of urbanisation, planning and politics. Calling upon a range of key contributors to this debate, we aim to reproblematise the notion of planning in/for the ‘urban global South’ from an ontological, epistemological and axiological perspective. The panel will explore the following interlinked set of questions:

What is the urban global south? What processes make cities and citizens in certain parts of the world ‘different’? What does such difference entail and how should it be treated theoretically and practically? Are we simply reacting to the perceived inability of terms such as the ‘Third World’, ‘Developing World’ and ‘Industrialising Countries” to capture the urban in the midst of globalisation? Or are we seeking to aprehend something profoundly distinctive about the contemporary geography of urbanisation and development?

2.    What kind of urban theory is required?

Are those key theoretical perspectives concerned with reproblematising the urban condition, canvassing something intrinsically distinctive about the trajectories of urbanisation and development outside advanced capitalist economies? If so, are they rendering maintream theorisations of the urban obsolete? Do we require a new urban theory or the reworking of existing conceptualisations?

What do current debates on the urban global south imply for planning and praxis? Do they simply denote the need for contextualised approaches? Or do they call for a reconceptualisation of planning? Do they need to be delinked or relinked from Western planning theory? Do they open new avenues for emancipatory action? Why, with what consequences and for whom?

Visit http://dputab.wordpress.com/ to learn more about the project and keep up to date with developments as new content is added.

The project is driven by Adriana Allen, Caren Levy, Barbara Lipietz and Colin Marx, with the support of UCL Grand Challenge of Sustainable Cities.