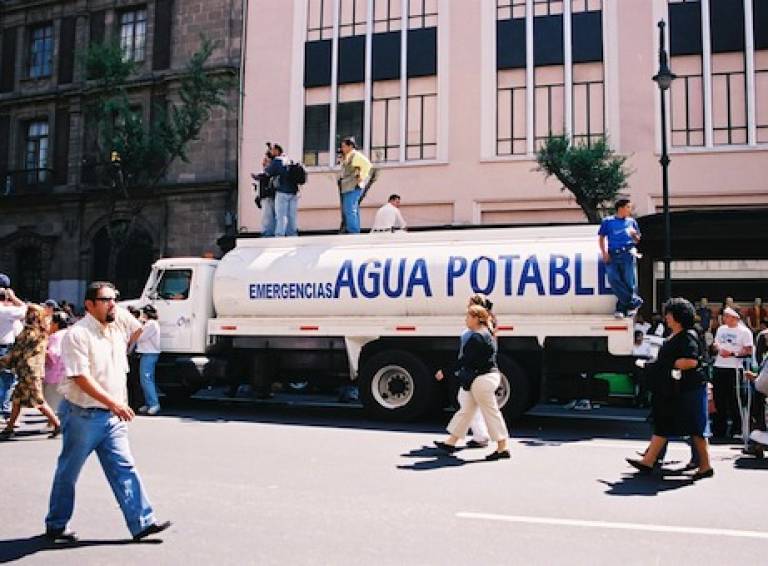 In 2000 the United Nations included targets to reduce by half the proportion of people without access to safe water and sanitation in the Millennium Development Goals (MDGs), and in 2005 it launched the 'Decade of Water for Life'. We are now more than halfway through that decade and only four years away from the 2015 deadline set by the MDGs, a useful point to reflect on current research and action in relation to the problem of urban water poverty.

Urban water poverty has its roots not in water scarcity but in social inequity. Every day, 180,000 people are added to the world’s urban population. One-sixth of the world’s population lives in slums or squatter settlements, most without access to adequate water and sanitation and at risk of being evicted. The urban poor often spend up to 25% of their income on water.

This special issue of the International Journal of Urban Sustainable Development brings together diverse interdisciplinary perspectives around the important issue of urban water poverty. Contributions were triggered by a symposium held at University College London organised by the guess editors in 2010 and seek answers to the following questions: What do we know about urban water poverty and how to tackle it? What additional conceptual frameworks can shed light into the way in which water material and immaterial flows produce cities and accumulation and deprivation within them? What needs to be done differently if we are to put this knowledge into practice up to and beyond 2015?

The collection represents a diversity of approaches and the need for rigorous evidence to support policy making as well as critical thinking and engagement to ensure the needs of the urban poor are met when decisions are made about urban water management.

You can access the journal on-line  or through many library databases.