Neoliberal Apartheid and the Infrastructure of Policing 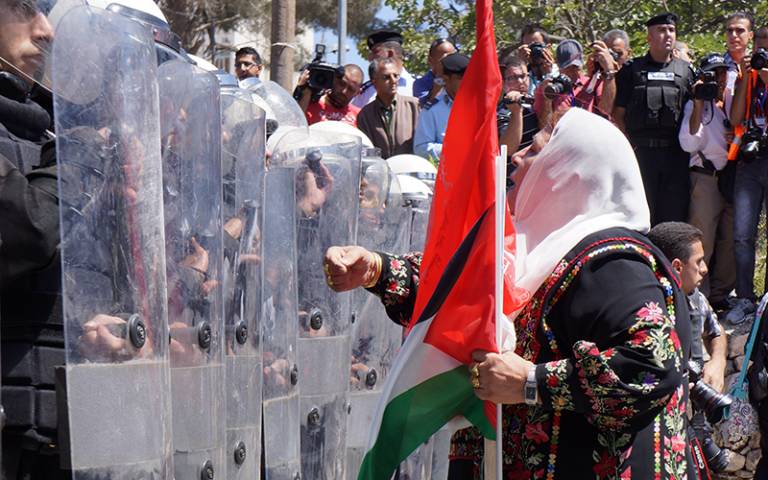 As apartheid becomes an increasingly popular framework for analyzing the dynamics of racial oppression in Palestine/Israel today, a look at the limits of liberation in “post-apartheid” South Africa challenges us rethink the definition of what apartheid is and when it ends.

Against the dominant definition of apartheid, which is grounded in international law, the radical wing of the South African liberation movement offered an alternative understanding of apartheid as a system of racial capitalism. Rethinking apartheid with this lens helps us understand extreme inequality, racialized poverty, and militarized policing in South Africa, Palestine/Israel, and the United States today. Indeed, the neoliberalization of racial capitalism has generated similar social dynamics at a range of geographic scales – from the urban to the global.

Because neoliberal apartheid regimes are highly unstable social formations, the infrastructures of policing become ever more essential to the maintenance of social order. In this paper, I analyze the infrastructure of policing in Johannesburg, Jerusalem, and Chicago by tracing the circulation of knowledge and technology through networks of private and state police forces that coordinate to protect the powerful by policing the racialized poor.