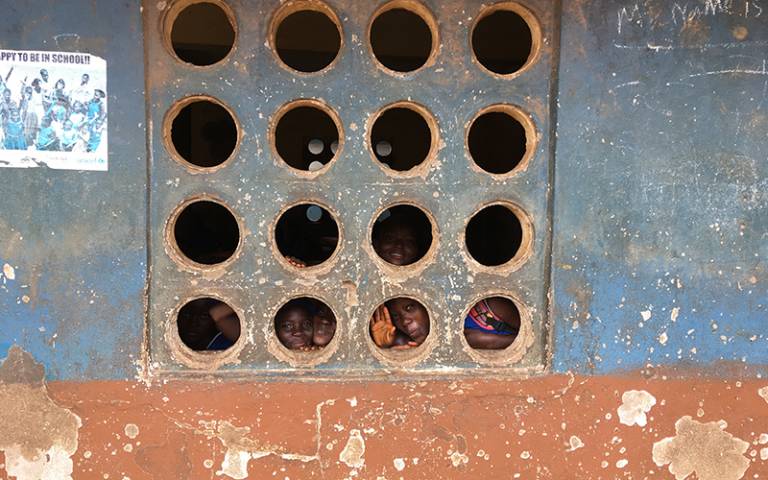 In the decades Ola Uduku has been in academia the majority have been spent in the West. Interestingly, also her higher education and employment has taken her through predominantly the Oxbridge – Russell group educational landscape. This has been positive in that she is lucky to have encountered academic gravitas and rigour in teaching and research which the best British institutions are renowned for. However well before the BLM or decolonising the curriculum movements became the norm, the educational and research landscape encountered did have some relationship to the South, but its audience was very varied.

Teaching outside the Western canon for UG students in architecture was considered a risk. Furthermore, undergraduate students who wanted to do projects or work in the South were exceptions, unless embedded with aid organisations, or areas of anthropological research.  However the lens and landscape through which ‘novel’  practices such as participatory research rarely moved niche parts of sociology such as Development studies. Despite these undergraduate classes often being international in composition the few ‘Southern’ students were most likely to be from middle to upper middle class non- British backgrounds, and rarely questioned the traditional British – Western focused syllabus being taught. From the late 1990s with the opening up of the world via global cultures, travel and economies things have changed radically. Arguably this change, particularly at undergraduate level, although slow, has been more instrumental in laying the foundation to the transformation of higher education teaching and research than is often recognised. Postgraduate education also has seen a move from “third world” development studies only focused to a ‘new’ era of collaboration in different areas.  This evolutionary history needs to be dissected and possibly deconstructed as new narratives begin to reflect on this contemporary period of ‘decolonisation’ challenges to the higher education system that are now taking place.

Ola Uduku, took up a Chair in Architecture at the Manchester School of Architecture in September 2017. Prior to this she was Reader in Architecture, and Dean International for Africa, at Edinburgh University. Her research specialisms are in modern architecture in West Africa, the history of educational architecture in Africa, and the contemporary issues related to social infrastructure provision for minority communities in cities in the ‘West’ and ‘South’. She also has a research interest in thermal comfort and sustainable energy use in the tropics, and is currently working on a project examining the Architecture of “Aid”