Join us for the screening of the documentary film 'Calle K'.

‘Calle K’ (2019) is a documentary film that looks at the transformation over time of an illegal squatter settlement.  In 1978 Titus Fossgard-Moser lived with his brother and filmmaker/anthropologist parents on the Calle K in Indio Guayas, then on the mangrove outskirts of Guayaquil, Ecuador.  The outcome, the 1980 film ‘People of the Barrio’ portrayed the struggles of the community –– to survive and to get out of poverty. Led by a community leader Emma Torres they fought and negotiated with the state and other institutions to obtain basic physical and social infrastructure.

In May 2018, forty years later, Titus returned to Indio Guayas, along with his mother, to explore the changes in the community and to see what had happened to his old neighbors and their children.  The resulting film ‘Calle K’ provides a unique visual narrative, cross-cutting footage from ‘People of the Barrio’ with present day material to show the physical transformation of the barrio from a peripheral slum to a consolidated settlement.  The film recounts the remarkable inter-generational stories of three of the original families, who have grasped education and economic opportunities, confronted inequalities of corruption and stigma, and overcome challenges including drug addiction and violence, in a changing 21st century city.

The screening of the film will be followed by a discussion led by Julio Davila and with comment from Dr Andre Singer (documentary film maker and professorial research associate, SOAS) 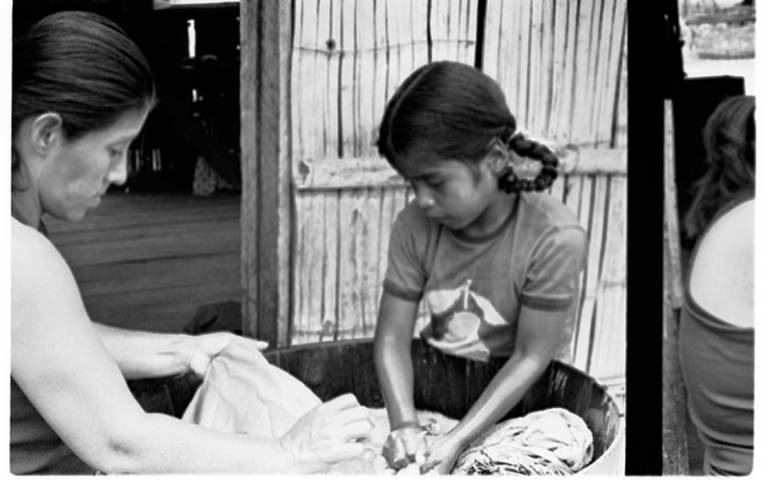