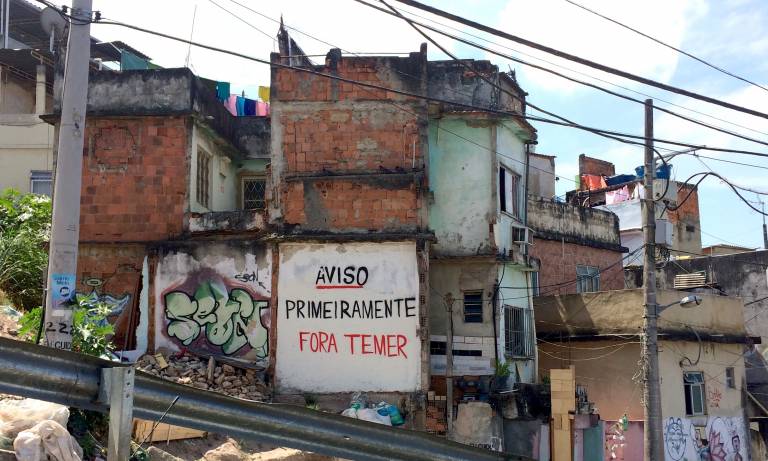 Brazil has experienced a series of intense processes in the last years. The election of a left government in 2002 that promoted policies against social, regional and racial inequalities -reelected in 2006, 2010 and 2014-, was followed by protests in June 2013 and new forms of activism. The mobilisations against Dilma Rousseff and the impeachment-coup, as well as the prison of Lula, have marked a new political cycle. In 2018, the country is facing new elections in the context of the rise of extreme-right movements, in what can be considered a crisis of multiple nature: political, economic, social, existencial. In this session, the political scientist Jean Tible in conversation with Alexandre Apsan Frediani, will discuss the current scenario in Brazil from the perspective of the grassroots movements, and the challenges that it poses to democracy and justice in Brazilian cities.
Speaker Bio
Jean Tible is profesor at the Political Science Department of the University of São Paulo, author of Marx selvagem  [Savage Marx] (São Paulo, Autonomia Literária, 2018 – 3rd Edition) and co-editor of Junho: potência das ruas e das redes [June: potency of the struggles and networks] (Fundação Friedrich Ebert, 2014); Cartografias da emergência: novas lutas no Brasil [Cartography of the emergence: new struggles in Brazil] (FES, 2015); and Negri no Trópico 23°26’14” [Negri in the tropic 23°26’14”] (Autonomia Literária, Editora da Cidade e n-1 edições, 2017). Articles and books avalaible at: https://usp-br.academia.edu/JeanTible