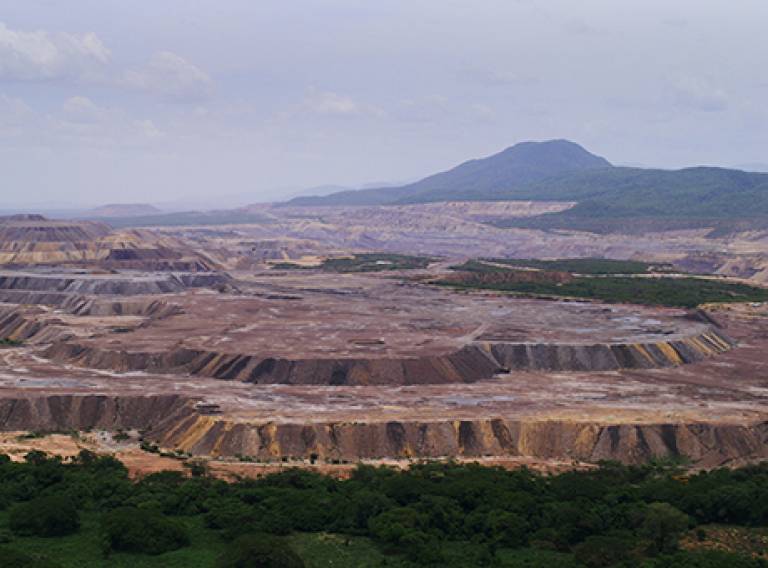 An event hosted by the Bartlett Faculty of the Built Environment (The Development Planning Unit and The Bartlett School of Architecture) and the London Mining Network comprising an evening of film-screenings, a one day conference, and a keynote lecture.

This event, organized between the Bartlett and public engagement partner, the London Mining Network, is a voicing of displacements, dispossessions and environmental disasters that have occurred in responses to the activities of the extractive industries.

Following J. L Austin’s seminal 1955 lecture series ‘How to do Things with Words?’ in which he discusses the performative capacity of language, these spoken words can be understood as reality-producing and thus as capable of constructing alternative worlds; and as ‘perlocutionary acts’ in which certain effects are achieved by saying something. The words spoken will be considered in terms of issues of evidence, witnessing, and testimony connected with human rights and environmental justice. Speakers come from communities in Colombia, Brazil and Indonesia, legal associations, NGOs, and universities.

Professor Aviva Chomsky (Salem State University, Massachusetts) has been visiting communities in La Guajira, Colombia and other central American countries, with Witness for Peace for more than 10 years. She is author Undocumented: How Immigration Became Illegal (2014); A History of the Cuban Revolution (2010); Linked Labor Histories: New England, Colombia, and the Making of a Global Working Class (2008) and co-editor with Garry Leech and Steve Striffler of The People Behind Colombian Coal/Bajo el manto del carbon (2007).