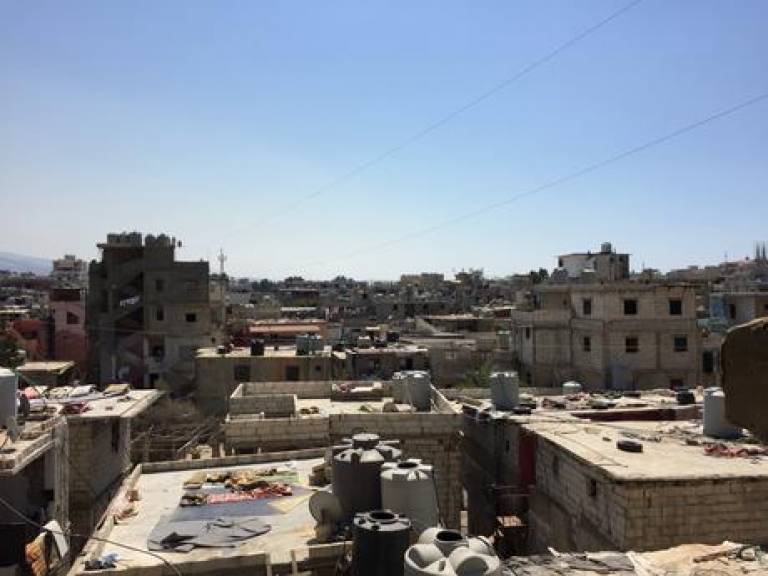 Since the beginning of the Syrian civil war more than five years ago, Lebanon has received around 1.5 million refugees. They currently make up around 25% of the country’s population, the highest rate of refugee per capita in the world. The vast majority of those refugees are destitute with 54% of them relying on food vouchers. Yet, and in the midst of a protracted political crisis in Lebanon the country hasn’t imploded.

What are the lessons from Lebanon, and how it has been coping?
In this talk, Nasser Yassin will address these critical questions and will reflect on the historical, social and economic factors that have helped Lebanon handle, so far, the largest refugee crisis since World War 2. He will argue that ‘informal adaptive institutions’ have played a significant role in maintaining the resilience of refugees and their host communities. Based on his research in Lebanon and across the Middle East, he will show that although informal institutions are not recognized by the state and are often neglected by the formal response and humanitarian system, have emerged as major coping strategies for refugees in accessing essential social services and livelihoods.

Dr. Nasser Yassin is the Director of Research at the Issam Fares Institute for Public Policy and International Affairs, and professor of policy and planning at the Health Management and Policy Department at the American University of Beirut (AUB), Lebanon. He co-chairs the AUB4Refugees Initiative that aims to bring together and build synergy among faculty and departments in AUB responding to the Syrian refugee crisis.