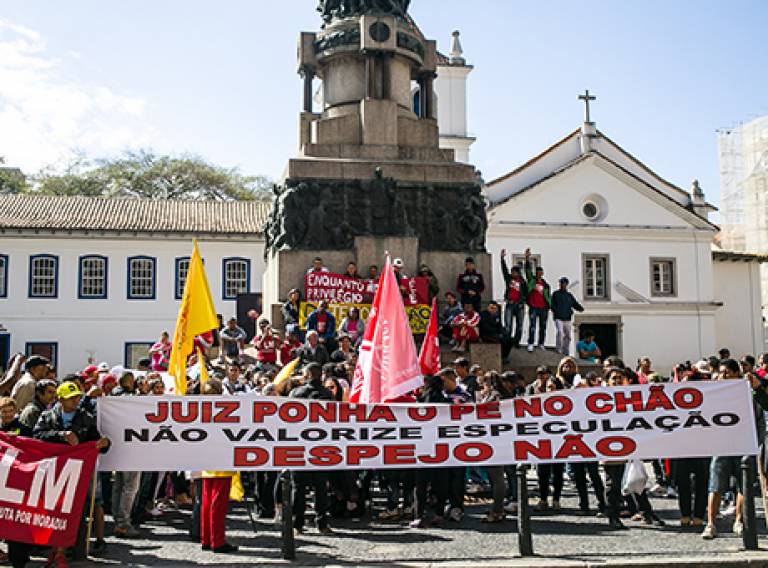 In this paper I explore the contestation of space in downtown São Paulo, an area currently characterized by renewed regeneration efforts and social movements that are asserting their right to housing in the city center. I examine “regeneration” as a concept that has come to be based on the development of private property at the expense of poor communities, who are often priced out of newly-developed areas. I then turn to Brazil, which, as one of the only countries to recognize the “right to the city” in its constitution, has also attempted to curb real estate speculation with a clause on the “social function of property”, recognizing that property and housing should not be treated purely as a financial asset. Despite this, both market and government forces have facilitated a neoliberal model of urban development that has entrenched the commodification of land and property and pushed the poor to peripheral areas. It is in this context that sem-teto (“roofless”) movements are undertaking occupations of buildings in the city center that have been vacated by the housing market.

Research into Brazilian urban policy, theory on regeneration and gentrification, and primary data gathered from activists and academics during a brief trip to São Paulo inform this work. I ultimately argue that, while current “regeneration” plans in São Paulo follow the typical exclusionary trajectory that privileges the exchange value over use value of property, sem-teto movements challenge the dominant model of property, and through the appropriation of space, may offer an alternative imaginary for “regeneration” and for the city itself.