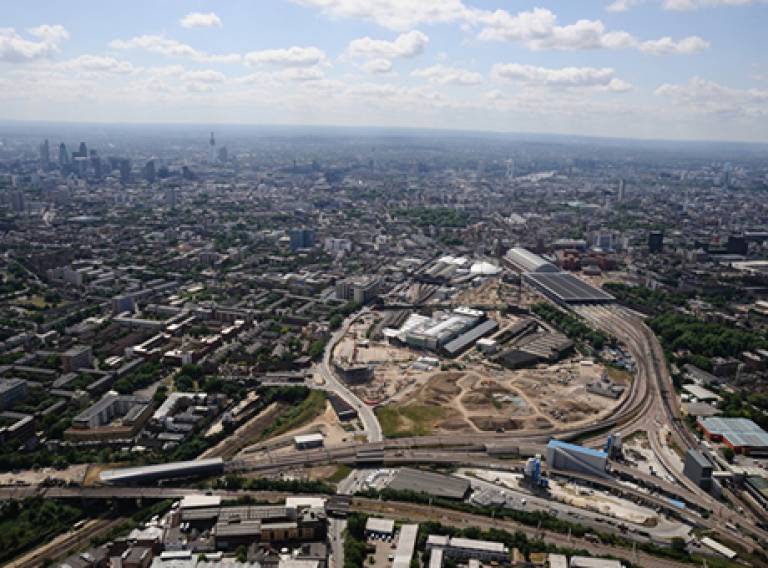 Should the future differ dramatically from the past? Should historical patterns of growth be left by the wayside? If so, should it be a single vision which urges us towards the future or a complicated comingling of many? In the view of the theorist Jurgen Habermas, “ideal” stakeholder engagement tends to produce a “best argument” for development. This “argument” may range from the conservative and incremental to the radical and dramatic. For such processes to be “ideal,” however, a series of alternative development paths, or scenarios, must be expounded and debated as rationally as possible.

This working paper sets out to test some of Habermas’ assumptions by analyzing the 20 year planning process surrounding the King’s Cross Railway Lands in central London. This 26 hector site of largely unutilized land represented one of the largest single development opportunities in the modern history of London. To believe in the possibility of a best argument, it is necessary to first make some rough assumptions about rationality, or as this paper argues, rationalities. This raises several questions as to what a “best argument” might consist of and, critically, how values are appraised within development scenarios. In answering these types of questions, light is shed onto stakeholder claims to legitimation.

This working paper begins with an analytic framework for rationality and visioning and then lays out six visions of Kings Cross Railway Lands, all draw from planning documents. With visions in one hand and a theoretical understanding of rationality(ies) in the other, chapters 3 and 4 explore how they relate. Chapter 5, the conclusion, seeks to determine whether Habermas’ assertions and the discussion of rationality(ies) in general are indeed useful as tools to understand planning logic.