#143. Murder Capital to Modern Miracle? The Progression of Governance in Medellin Colombia 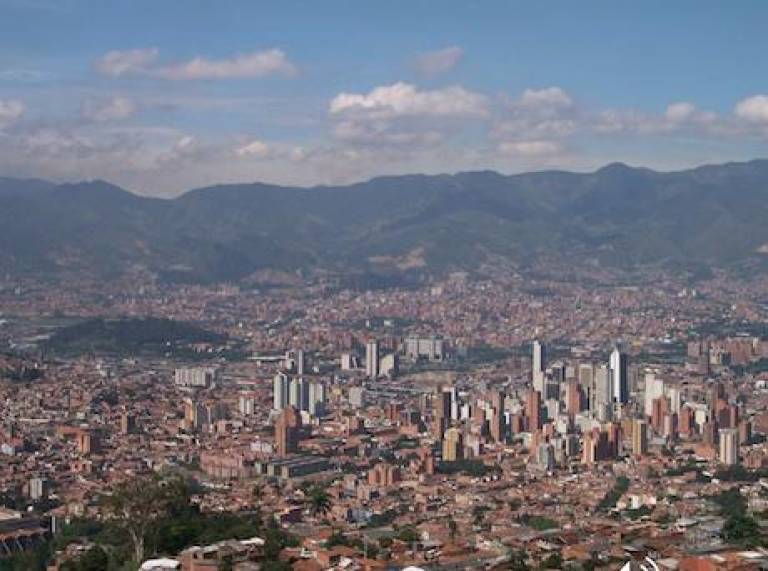 The most violent city in the world only twenty years ago, Medellín, Colombia is now a beacon of progressive urban development. Governance and structuration theory provide an analytical framework through which three stages of this remarkable transformation can be assessed. During an illicit hegemony, narcotraffickers and state military forces ruthlessly controlled the city, and clientelism and corruption went unchecked. The principle results of the period were fixity of violence, a destabilization of formal government and a systematic disempowerment of the urban poor, who populated the city’s precarious mountainsides. Progressive interventions, inspired by a wave of decentralization in the late-1980s, sought to redress growing informality and enable local agency.

The city’s first resulting policy experiment, PRIMED, was short-lived, however, because it did not improve municipal administration, strengthen community organization or build a political clientele around pro-poor governance. Learning from PRIMED, the current social urbanism agenda has ignited a political movement for poverty alleviation and directed spectacular infrastructure investment to the city’s poorest regions. Yet, as social urbanism reaches maturity, escalating violence and the city’s competitiveness agenda risk derailing its redistributive goals. Viewing these three periods in continuum suggests that while efficiency, agency and equitable distribution are critical components and outcomes of good governance, the level of interdependence fostered—particularly through strong state leadership—profoundly influences both the longevity of good governance practice and the durability of its impact. The city’s trajectory, furthermore, offers some substantiation of structuration theory. Local political leadership has built and financed a progressive discourse, which has, over time, established new social structures to govern the city’s public affairs.